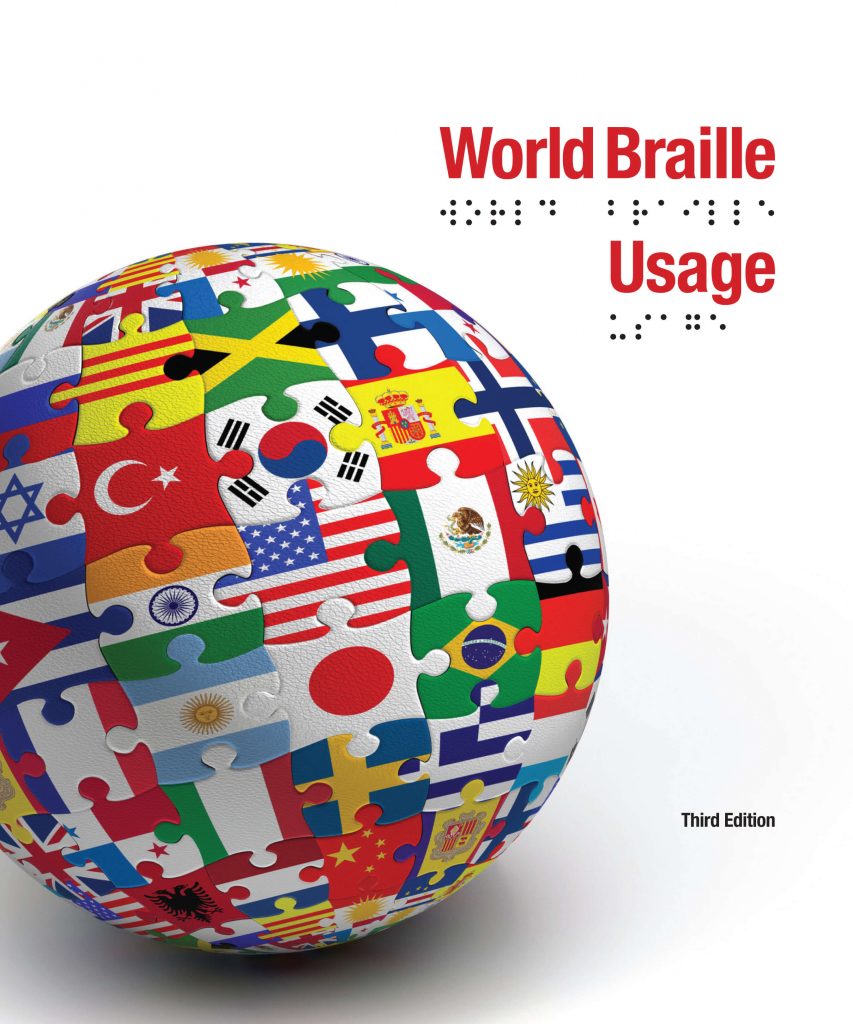 The world’s most comprehensive braille reference book, World Braille Usage, has been updated for the first time in 23 years—and now includes more braille codes for indigenous languages from every corner of the globe.

An ambitious effort, World Braille Usage, 3rd Edition is an international compilation of language codes for the reading and writing system of raised dots used by people who are blind. The new edition includes braille codes for 133 languages, up from 97 languages in the 1990 edition. It was released at the Braille Summit held at Perkins in Watertown, Massachusetts, in June – fully 60 years after the first edition.

Though it may be unfamiliar to those outside the blindness community, World Braille Usage is often described as “the braille bible” for the estimated 39 million people who are blind around the world.

“It is truly a global treasure,” said Ellen Hall, Perkins International’s braille literacy manager. “It contains the most comprehensive collection of braille codes available in the world today – braille codes that open the door to literacy, literature and lifelong learning.”

For this edition, a special effort was made to collect braille codes for indigenous and mother-tongue languages, which will allow more children who are blind to learn braille in the language they speak at home and in their community. The book includes native languages such as Ndebele from Zimbabwe and Khmer from Cambodia. Also new for this edition are braille codes for eight of the most commonly used tribal languages in South Africa, several Latin American indigenous languages, plus Iñupiaq (from Alaska) and Hawaiian from the United States. All languages in the book are based on a standardized system of phonetics, which allows it to include character-based languages such as Mandarin or Arabic.

National braille authorities can use World Braille Usage, 3rd Edition to promote consistency within their country’s braille code. Transcribers and educators around the world will use it to answer questions about proper braille usage for letters, numbers and punctuation. All languages in the book are based on a standardized system of phonetics, which allows it to include character-based languages such as Mandarin or Arabic.

The new edition is being published at a crucial time, as braille competes with screen-reading software and digital audio books. Many worry that this profusion of new technologies will render the tactile reading system obsolete. Today, only about 10% of students in the U.S. who are blind are being taught braille.

But Hall said the new edition is a testament to the enduring power of braille.

“It is tangible evidence of the robust nature of braille and the strong determined will of the people who use braille,” she said. “Today, in almost every nation on earth, people living with blindness are able to access literacy and literature in almost any language, thanks to braille.”

Perkins coordinated the World Braille Usage update project, working with the National Library Service for the Blind and Physically Handicapped Library of Congress (NLS) and the International Council on English Braille (ICEB). More than 500 individuals and organizations contributed to the book.

World Braille Usage, 3rd Edition is currently available at Perkins as a downloadable PDF at no charge. An electronic braille version is in the works. The first edition of World Braille Usage, published in 1953, took 40 years to go from concept to publication. The second edition was completed in 1990. Now, new technologies offer the potential for World Braille Usage to become a living, online document, able to be amended and added to periodically, and accessible in a variety of formats to braille experts and educators.

“Braille, just like print, has never been a static system of reading and writing,” said Dr. W. Aubrey Webson, director of Perkins International. “We want to develop a system whereby the document can be updated with new information, and include a growing number of countries in years to come.”

Louis Braille (1809–1852), the founder of the embossed dot system of representing letters that bears his name. Started in France and adopted world-wide, by the mid-20th century Braille had become the hope for a universal system of writing for the blind.