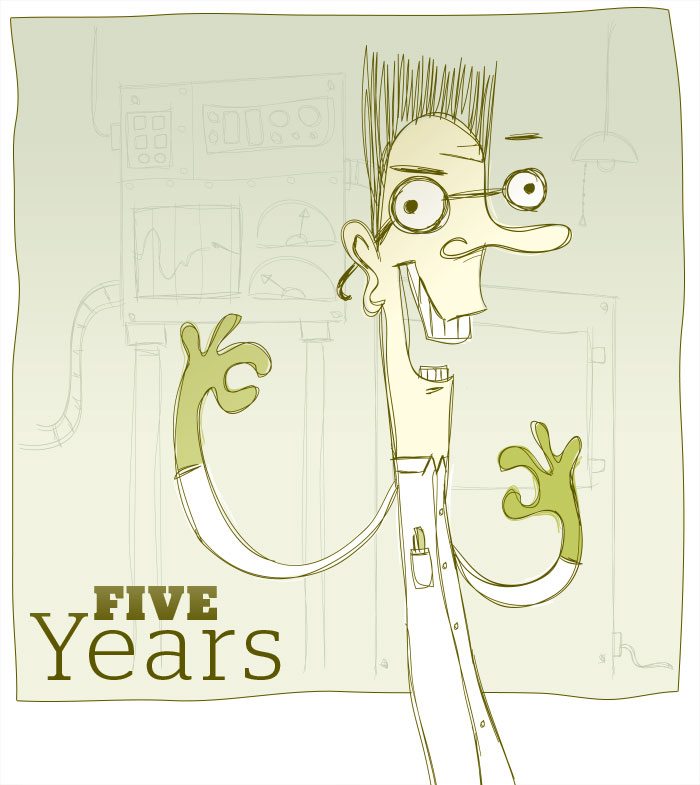 This year, while visiting the family in Florida for my annual holiday vacation, I ventured over to The Miami Project to get an evaluation and see if there was anything new in the world of spinal cord injury (SCI) research. The Miami Project began in 1985 when Marc, the son of Miami Dolphin’s player Nick Buoniconti, tragically broke his neck in a high school football game. As a result, a national research center for spinal cord injuries was set up with a group of dedicated scientists — the goal being to accelerate the translation of new laboratory findings to clinical studies involving humans.

In 1979, I was involved in a car accident in which I broke my neck and became paralyzed. One of the main things that helped me get through this difficult period was the hope that promising SCI cures were on the horizon. For as long as I can remember, a cure was always just five years away. Somehow, five became the magical number. After five years I’d revisit the new research out there to see if anything had progressed. Rats, rats, rats! It was always about the rats. Things were slowly progressing, but as usual, somewhere within the rat trial experimental article were the words “we are only about five years away from a major breakthrough in spinal cord research.” I wasn’t so bothered that things seemed to be taking longer than originally stated, but I just wish they would mix it up a little and at least change the time frame to a less popular number like… 4.8 years. I’ve never trusted round numbers.

It’s hard to believe that rats are the only dumb creatures in the animal kingdom to volunteer for this stuff. Why can’t the monkeys step up? Monkeys could speed up the research process, especially since their DNA is the closest to a human being’s. Believe me, I know. I’ve been out drinking with my friends and they can be some wild chimps. It’s a slow frustrating process where, after several years of rat trials, the next stage always seems to be… bigger rats. I think the rats have served their time. It’s long overdue to leap forward and bring in the gophers.

Decades ago, right after my injury, I remember sitting in the hospital room across from one of the country’s top neurosurgeons and asking him if we were close to a cure. I have never forgotten his words, without blinking, he calmly stated, “Not in my lifetime, maybe yours.” I didn’t like his candor, but I was thankful he was old. So far, he has been right. He is dead now. One thing I did take from the brief disheartening exchange was how intricate and complex the spinal cord really is. It’s definitely harder to solve than that Rubik’s Cube thingy.

My hope has always remained high and I am encouraged by the new research that is going on in the scientific community. There are very promising things on the horizon and it now seems more of a question of when, rather than if. Every few months, I see new research of something promising and my excitement level rises. Then, I never hear about it again. I can’t imagine that Facebook would lie to me.

Would I miss my old life in a wheelchair? I guess I would miss the parking spots, the racquet ball court sized bathroom stalls and the joy of running over people’s toes. But, I’m willing to give up all that up to get back to my old self. After all, I think it’s long past due that I learn to stand on my own two feet.

So, at the Miami Project I sat across from the internationally recognized spinal cord expert, Dr. Green, who has been around for a while and on the forefront of spinal cord injury research. If anyone out there would know what’s going on in the world of research, this cat would. We looked at my MRI on the computer screen, and there I saw a small blot, in the middle of my spinal column, that had been the thorn in my side and had sentenced me to a wheelchair for the last thirty years or so.

I thought to myself that what happened to me wasn’t a game of inches, but millimeters. The good news was that I would be a prime candidate for any upcoming trials. So, when the stem cell chips fall into place, I could finally live up to my reputation as being a rat.

What is the hold up with these stem cells? Just inject them into me and let them grow. Oh, if life was only that easy. According to the good doctor who, unlike me, is a medical expert, informed me that some of the stem cell treatments have had complications, such as bringing about some pain in the nerves. I’m not into pain so, okay, I’ll be patient. I get it. This isn’t a ninth grade science experiment with a petri dish and some fruit flies.

I mentioned to the astute neurosurgeon that I have read reports of some spinal cord breakthroughs where paraplegics are up and walking after twenty years. Now, granted, it’s always in some third world country like Thailand or Nigeria, which are known for sex slave trafficking and not breakthrough science, which makes it suspect, but maybe they’re trying things like… cells from an elephant tusk or something we never thought of. Why isn’t this happening here? We’re the United States of America, dammit. We have Drones and IRobot vacuum cleaners.

So, I bombarded the doctor with questions about these newfound research phenomena that I always tend to come across and he assured me that if there were something miraculous out there, he would know about it. I wanted to say that maybe you were on vacation, gambling in Macau, and missed the report, but down deep, I knew he was right. If there was a groundbreaking cure floating around somewhere in this world, it would be all over the nightly news, almost as much as if Kim Kardashian bought a new dress.

Will it happen in my lifetime? My two choices are to believe it will or believe it won’t. I am an optimist. Life is a grueling road without hope. It’s what gets you out of bed every day. It’s what propels you forward. It’s those invisible hands that lift you up and enable you to battle the negative forces of life. Hey, it’s how people win the Powerball.

Before I left the doctor’s office I took a deep breath and asked that all-important question that has been on my mind for thirty-some years, “In your expert opinion, how far are we away from a substantial breakthrough with spinal cord injury research?” I braced myself for the “within five years” standard answer. He looked at me and confidentially responded, “I believe in the next year, maybe two, at the most.”

I can live with that answer. Even if it is another five years, at least, we’re not saying that now. So, we must be progressing closer to that cure.