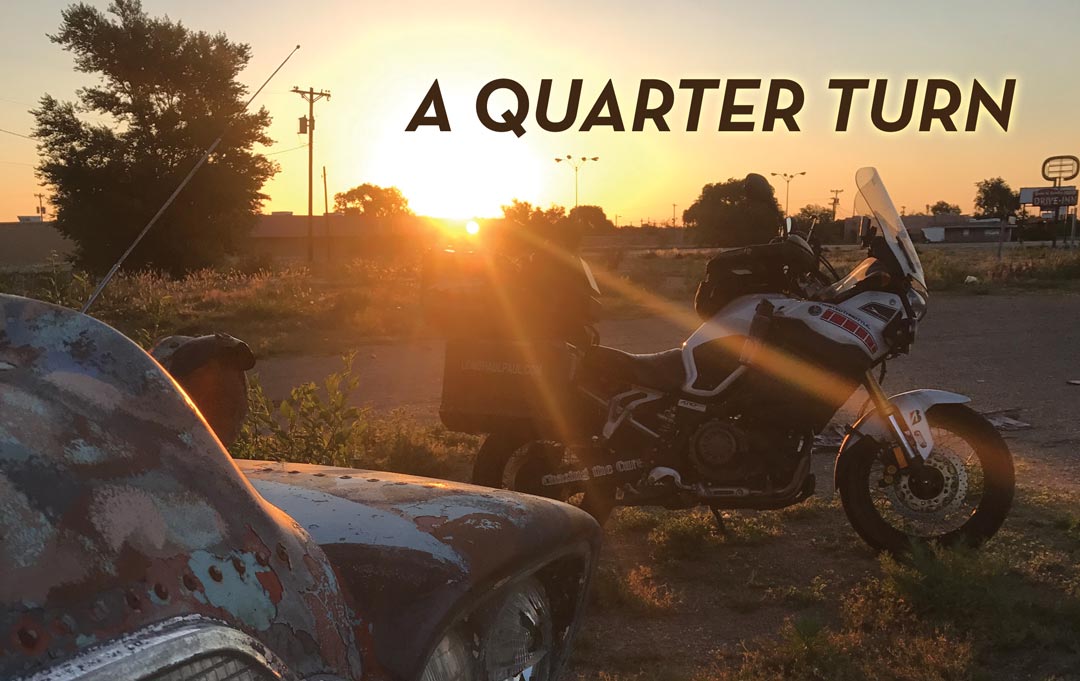 No one picks up a penny, some people stop for a dime, but everyone picks up a quarter because it still has value. A fourth, as they say in the liquor business, is 3/4 less than a whole. A quarter of a pizza is like Pac-Man if he opened his mouth twice as wide. For those of you who are not so good with math, help has arrived. President Gerald Ford signed the Metric Conversion Act in 1975, and we should be 100 percent switched over soon. Do you think people will bend over to pick up a metric quarter?

Most motorcycles are equipped with a right handgrip that twists from idle to wide-open throttle in a quarter turn. As my journey of a million miles for multiple sclerosis (MS) crosses over the quarter-million milestone, my mission is indeed at wide-open throttle, and I am certainly turning a corner in what was once just a musing thought on a long day’s ride.

Reaching 250,000 miles is a notable achievement for me and my adventure that began just as a crazy idea five years ago. Starting from zero, I wanted to ride a motorcycle a million miles while raising awareness and money for MS. I wanted to travel, reach out to others and encourage them to live the best life they could, all while Chasing the Cure. Like MS itself, I didn’t really know where I would end up!

MS is an autoimmune disease causing inflammation of the central nervous system. Damage to the coating surrounding the nerves in the brain and spinal cord interfere with the transmission of signals to the rest of the body, causing a wide range of symptoms.

The disease targets more women than men and is usually diagnosed between the ages of 20 and 35. There is no typical course of disease progression as symptoms and severity differ for each person. Common symptoms can include fatigue, walking difficulties, numbness, spasticity, weakness, vision problems, bladder and bowel complications, cognitive issues, depression and emotional changes.

Today we have a drawer full of medications that help slow down the amount of attacks and the disease’s progression, but we do not have a way to reverse the damage that has occurred, and we do not have a cure. There is a lot of exciting research being conducted however, and I believe a cure may happen over the next decade.

Personally, I am lucky that my MS has been in check, no doubt because of the disease-modifying therapy I have been taking for 12 years and the lifestyle changes I have made. Following my passions and riding every day certainly has played a part in my treatment. 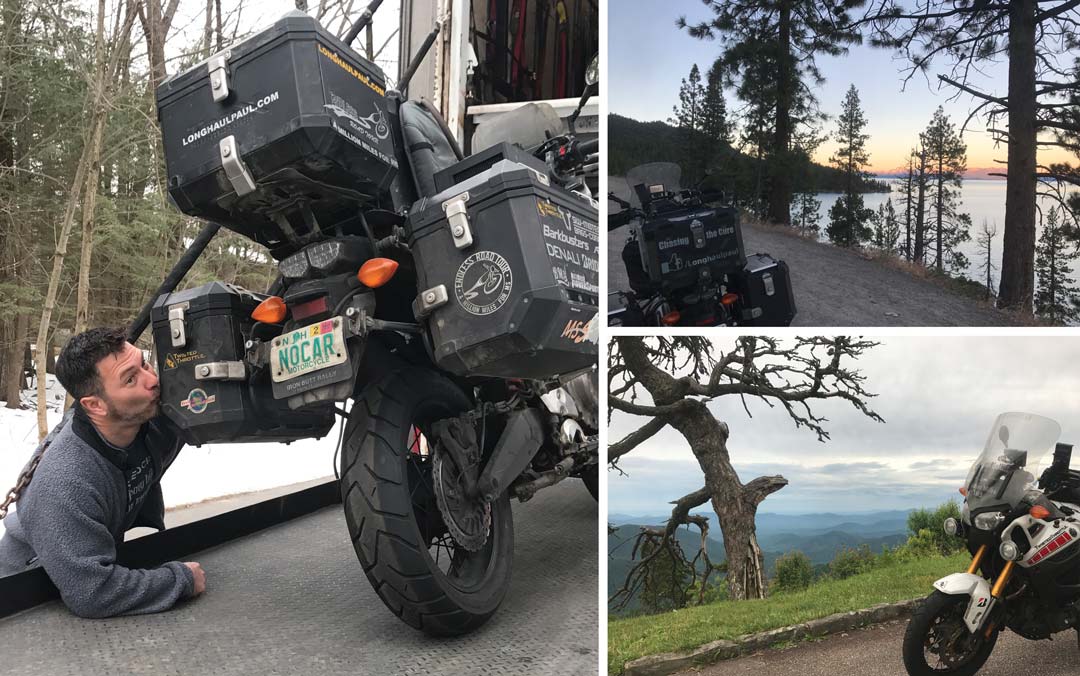 In five years, I have become a national speaker, writer and ambassador for MS, sharing my story with over 250 audiences across the US. I travel exclusively by motorcycle, and my journey has been supported with products and services from many companies who see value in what I am doing and even use me for product testing.

After all, a month on my bike equals more than a year for most riders!

I am also amazed that with your help and support and a few of my crazy ideas, we have raised over $100,000 for MS research. My first fundraiser, the 100 Saddles-Sore 1000 not only raised $6,000 but set a world record in the process. Surprisingly, no one had attempted to ride 1000 miles in 24 hours using 100 different motorcycles before!

The MS5000 was a fundraiser I created to have other riders join me in April each year, trying to document as many miles over 50 days while collecting money for MS. This event has raised $85,000 over the last five years. My riding a scooter from Boston to Chicago in 24 hours while wearing a powder blue tuxedo raised some eyebrows and $6000!

The last big ride I attempted was to set a world record documenting the most hours ridden in a single day: 28 hours, across all the US time zones all in the same day raised $7,000, and finally killed my trusty Yamaha.

Speaking of which, the faithful stallion is soon to be on display at Barber Vintage Motorsports Museum in Birmingham, AL, as a testament to the bike’s durability and the amazing feats I accomplished riding the hell out of it over three short years.

I am also lucky that I have been able to secure support from corporations, small companies, readers, riders, family, friends and perfect strangers to keep my mission moving forward.

With my MS in check and a quarter of the miles digested, a million-mile goal does not seem so far away. As I write this column, I’m working on a proposal for a joint promotional event with a major corporation that may indeed bring my adventure and mission to a whole new level of exposure this fall. I also have some ideas for an exciting and crazy stunt on a chopper, so stay tuned! My first Yamaha Super Ténéré should be ready for public viewing at the world’s largest motorcycle museum in Birmingham by October, and I can’t wait to see the amount of national exposure it will bring to my story.

My Facebook and YouTube pages are gaining viewers, and I hope to expand my popular video posts as I continue to travel along my journey. Thank you for liking, sharing and following my adventure, as it helps me gain exposure and sponsors whose help and support will propel me the next three quarters of this journey, Chasing the Cure.