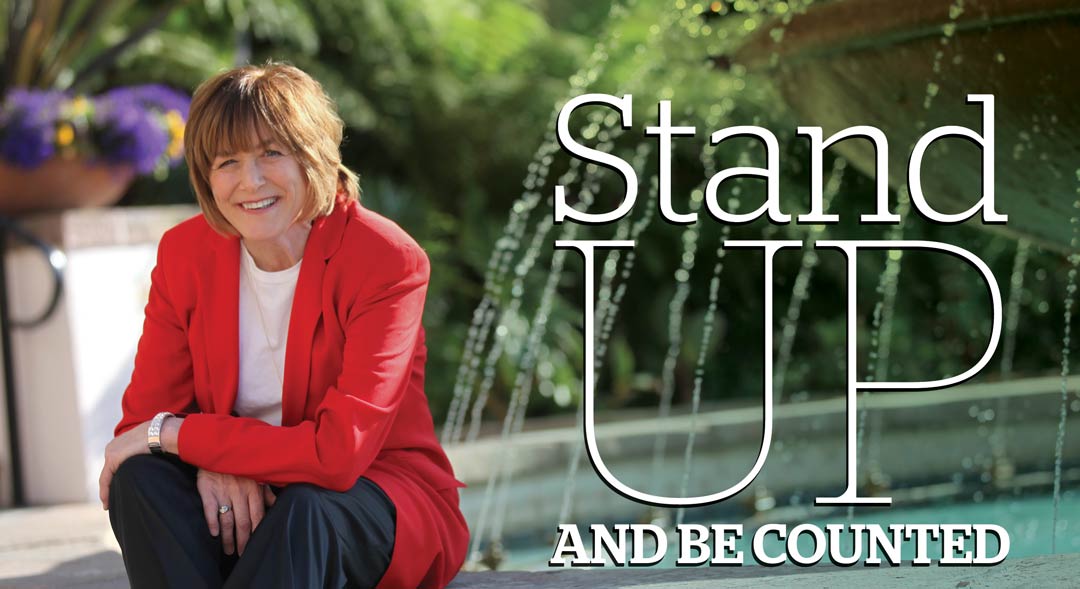 For nearly four decades, I’ve been a stand-up comedian. I began honing my craft in 1978, inching out into the spotlight on clubs’ amateur nights. I found that people can be uncomfortable with letting go and laughing; they tend to think that you’re supposed to take life seriously, so I put them at ease by walking them into my world. I made it okay to laugh with me about the quirks of having cerebral palsy. I boldly put myself in their faces to be loved, hated, criticized, ridiculed, respected, adored and/or resented.

When we comedians step out on stage with a new audience before us, we never know how we’ll be received. And yet it’s just like exercising any other muscle; it becomes stronger the more you work it. Now truthfully some comics will never get stronger because, well, they suck. Their “funny” muscle is forever skinny, and they should probably stop now and look at becoming an accountant or a proctologist.

I can go onstage, flex the funny—pouring sweat at times when I’ve got a tough audience on my hands—and nail it. On those nights, I walk offstage, feeling good about myself. Other nights, not so much.

Everyone says it takes a lot of courage to do stand-up comedy. Perhaps so, but for me, personally, there’s another “stand-up” skill that has been harder to master, and that’s standing up for myself in life: Having the courage to confront those who dismiss me, take advantage of me, and devalue my presence.

There’s no stage or gym to work on that. This kind of stand-up muscle takes facing up to situations or people who go against my self-worth, belittle or bully me into feeling that I’m powerless, or not deserving of what I want in life, and what should rightfully be mine.

I’ve always had difficulty in this area, fearing anger or hurting someone’s feelings. I can become passive aggressive, and beat myself up, instead of being honest, relaying how I feel, and going after what I really want. And I can assure you, being mealy mouthed in this way does not work ever.

Each time I fail to stand up for myself in life, the universe creates situations for me to try it again. At age 60, I’m challenged, more than ever, to get as good at standing up in life as I am at stand-up comedy. It is probably the most important lesson I’ll ever learn.

If you read my autobiography, I’m Walking as Straight as I Can, you know that I was taken advantage of time and again, and paid a huge price for not developing my stand-up muscles early on. I hope that you’ll forge the courage to stand up for yourself today and every day. You may be surprised how strong you become. Go on!
I double dog dare ya!

Oh, and by the way, you can also have a sense of humor in standing up for yourself, as well. For example, I was once left in an airport in a locked wheelchair for a couple of hours. I couldn’t walk well that particular day because I was in too much pain. I needed to use the restroom, and no matter how I tried to get someone’s attention, I couldn’t.

When I couldn’t wait any longer, I placed my carry on in the chair, and pushed it from behind. When I returned to the gate, people were smiling. I smiled back and said, Sometimes you just have to be creative to achieve your goals. Everyone laughed.