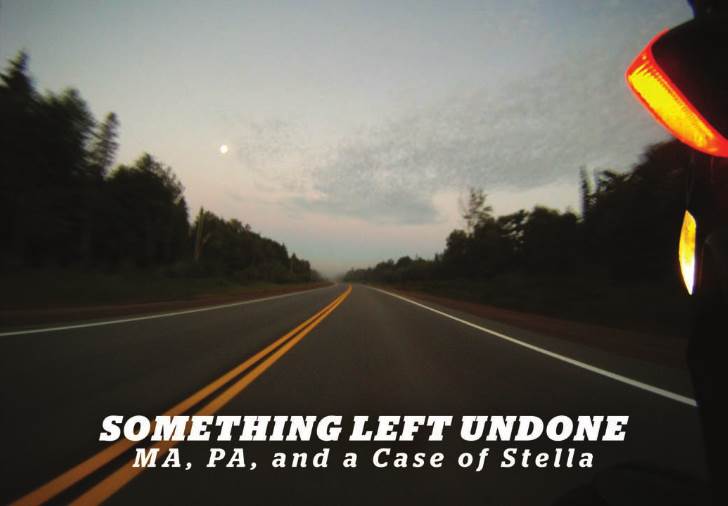 With or without a diagnosis of multiple sclerosis (MS), attempting to ride a million miles by motorcycle is impossible without the help of friends. Friends with connections are even better.

“Hey Rob, I’d really like to get together soon to discuss how your company can help out with my Endless Road Tour. Do you want to get together this week? Are you around locally or are you at the big motorcycle rally out west?”

“I’m not going to the rally, Paul; I’m in Carlisle this week.”

“Could I interest you in dinner one night this week? I could meet you somewhere near Carlisle after work. What time do you finish?”

“Actually, I’m in Horsham, PA, on Monday and Tuesday. We’ll be in Carlisle Wednesday through Saturday. We work until 5:30 p.m. or so. Dinner would be great, just pick a night.”

So went the emails. I planned on meeting up with my old friend on Thursday after work in Carlisle, MA, about 50 miles from my office in New Hampshire.

However, on Wednesday evening, when I tried to find my friend’s hotel in Carlisle, I couldn’t seem to locate it. I emailed him back one last time about 10 p.m., and his reply was:

Okay, so I’m an idiot and, unfortunately, I can’t blame this lapse on my MS cognitive issues. My planned 50 mile ride after work turned into taking two days off and logging 500 miles each way, but I thought what the hell, I was supposed to be putting on some big miles. Thank God I had just downloaded some new music by Dennis Kesseler, a fellow long distance rider. His instrumental album called, Something Left Undone, was just the thing I needed to soothe my nerves as I was stuck in traffic on the George Washington Bridge, melting into New York City’s poor excuse for pavement, while my glowing low fuel light antagonized me for what seemed like eternity.

Hot and tired, I found the Carlisle Fairgrounds where I not only met up with my friends, but test rode a Yamaha Super Ténéré. The 1200cc twin cylinder adventure touring motorcycle was finally made available here in the United States. It was a great test ride. We rode about 25 spirited miles and I immediately felt very comfortable on it. It handled well, had a great seating position, and also awesome wind protection. The motor pulled great and shifted well. The bike already had a great reputation in Europe as dependable, easy to work on, and needing infrequent servicing. I knew it was the bike I wanted to use to start my million-mile quest. (Note: It was shortly after this trip that I purchased a Yamaha Super Ténéré.)

When my friends and I finished at the fairgrounds, we decided to go out to a local steakhouse for dinner. We borrowed someone’s automobile. I was glad to sit and talk with these two long distance riders—both friends from New England—who had a lot of advice and ideas to help me as I continue on my journey. It was exactly the reason why I rode down to see them. Even though it had been years since I’d been an active member of the Iron Butt Association, we’d become family, bonded by a rare and unique life experience. In fact, more people have been in space than have finished the 11-day, 11,000-mile Iron Butt Rally.

After dinner we unsuccessfully tried to purchase a six pack of beer to take back to our hotel to continue our discussion. In this particular Pennsylvania county, it’s apparently difficult to purchase beer, and the only place we could buy “take-home beer” was from a distributor, and of course there was only one such place in town. We found it, a drive-through warehouse, where we literally had to drive our car into the building. Crawling along as we watched two guys toss beer into the cars and trucks in front of us, we were like three kids on safari, anticipating the moment when our time to order would come up.

Finally my buddy hung his head out the window and proclaimed:

“This is really cool. We would like a six pack of Stella, please.”

The guy chuckled, “You aren’t from around here are you? Sorry, but we only sell beer by the case.”

“Sir, it’s a Pennsylvania state law; we have to sell you a case or more.”

My other friend then asked if they could open all 24 bottles of beer for us, and we all laughed. He next asked if there was a record for the shortest time from purchasing a case of beer to getting back in line with the 24 empties for their deposits. At this point, the laughter seemed to be constrained to just the three of us. We chipped in for the beer, and it was obvious the workers were trying to move us goofballs along as we were holding up the guy on the bicycle directly behind us, as well as the line of vehicles growing out the back of the building.

They were even less amused as we drove away with our case of Stella and I adolescently blurted out,

I know juvenile humor can’t cure my MS, but sometimes it sure makes it a lot easier to deal with.

I rode home the next day, eight hours in the pouring rain, but oddly, I enjoyed every cool and refreshing mile of the journey. My cheap GPS drowned and short-circuited, so I broke out the spare. I try to carry two of everything that I cannot ride without. Unfortunately, MS has chewed into my brain enough to