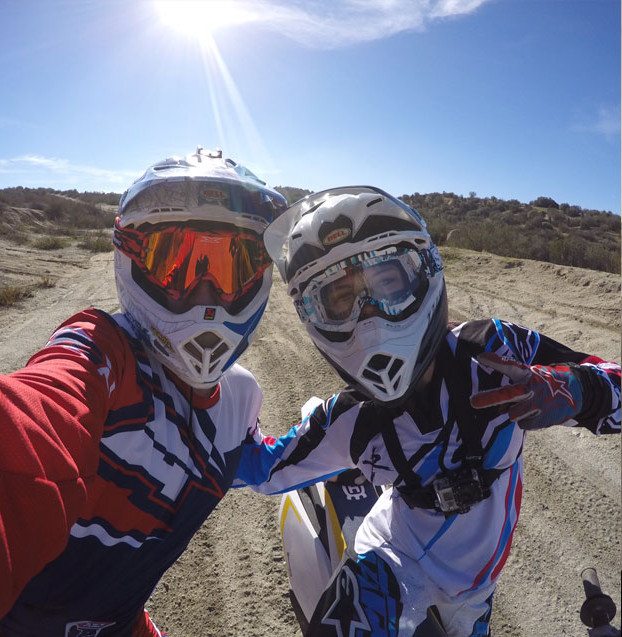 Now that the weather is warming up, it’s time to pack away the snowboard. I really wish I could do it year round like riding a dirt bike, but I guess I’ll have to be satisfied with the few short months of the white stuff. I’ve also been riding a lot more for fun now than ever, and find it a great stress reliever. I enjoyed racing professionally, and loved to win during that period of my life, but now it feels great to hit the tracks on my Husky, and not have to worry about winning. I just ride for the thrill of it!

In addition to signing up for acting and stunt jobs, I’ve also started to teach young girls how to ride motocross. I had been approached about this a lot, and had done it before, but someone always had to interpret for me, so I was a little nervous about trying it without an interpreter. When I tried to get one, it was not always possible to find a friend who could sign, and also knew moto terminology. 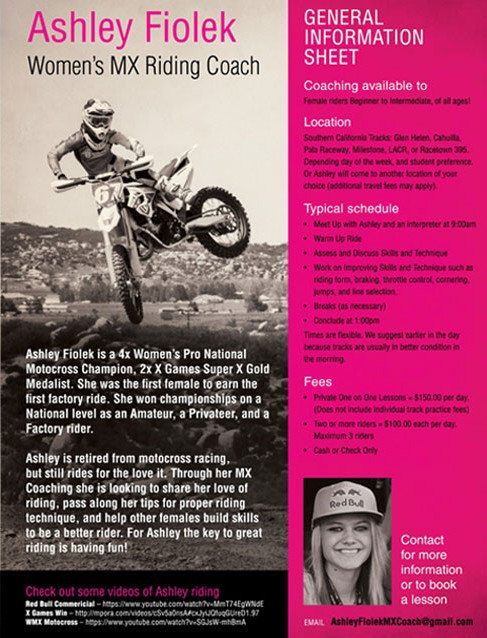 Recently, I trained this girl out at Zaca Station (near Santa Barbara, CA). As I took the long drive out there, I was nervous because I was going without an interpreter. I hoped communication wouldn’t be too much of an issue, and that our mutual love of riding would be able to overcome everything!

I decided to bring a pit board with me, so that I would be able to draw some things out for her, and she could understand me better when we went out on the track. I talked and drew out some cornering skills, some different lines to take, and what we would be working on with the jumps. Everything went smoothly. It’s a great feeling to be able to go out onto a track and share some of my skills with someone who wants to ride and is eager to learn. That was a wonderful day.

I’m including a flyer that I hand made with some details of the training I do. If you’re interested, email me.