Run!” A shot rang out and a group of kids wearing competition jerseys darted towards the finish line. Suddenly a kid stopped in the middle of the track, the coach shouted from outside of the field, “Don’t stop! Faster!” The runner replied that he wanted to wait for his competition. What Yu Cai Zhang just witnessed happened in the first Chinese National Special Olympics held in Shenzhen, Guangzhou in March 1987. At that time, only 300 athletes from 13 cities in China participated in track and two other games.

Zhang, who graduated with a Physical Education (PE) major from a training school, was just stepping onto this unfamiliar field called special education.

“I didn’t know what to do, I was lost.” Zhang was passionate about teaching PE. He dreamed of achieving big goals. Upon graduating, his designated teaching institute didn’t allow him to continue his education and study at Beijing Normal University (BNU). But being young and vigorous, Zhang told his supervisor, “I will go anywhere, as long as I can further my education.”

In 1984, Zhang was transferred to a special education school in the Chong Wen district of Beijing. One day he was dragging a heavy tug o’ war rope by himself from the equipment room to the sports field, followed by one student. Every time the rope moved, the student would step on it, “I looked back, he smiled at me, let go of the rope; I kept walking and he stepped on the rope again. I was a little annoyed, he thought it was funny.”

For many years, Zhang was very confused when facing a group of kids who had cognitive and/or physical disabilities. “When I’d say attention, some kids put out their left foot, some put out their right. There were a few dozen people, I couldn’t remember everyone’s name, so I numbered everyone and had them remember their position in line.”

The greatest dream of a PE coach is the success of his students. With these students, Zhang felt worthless. In addition, the job was exhausting and paid little. His family couldn’t really look forward to the benifits that usually came with teaching. For instance, children of teachers are admitted to whichever school employs the parent. Seeing his friends make more money, Zhang was tempted to leave; however, his heart went out to these unattended pupils, who needed him. Special education schools struggle finding qualified teachers, especially for PE. “The department is limited to begin with, if I left, PE might not exist.” As time went on, Zhang’s impatience evolved into a parental role, he became more patient and hopeful.

“Initially, the kids might seem one-dimensional, but upon spending more time with them, your views change. Your kindness is always reciprocated. They never forget how you’ve interacted with them.” A turning point was in 1987, when he first took his students to Hong Kong to compete. “Returning victorious, their happiness was undeniable, showing off their trophies with pure excitement. They even put their medals around my neck. This was the first time I experienced the tremendous impact brought to these kids by the Special Olympics. It was also when, I too, felt truly happy. It was when I first realized how much they, can do.”

Math or the Chinese language may not have been their strong suit, but the Special Olympics provided them with a platform to express themselves and achieve honorable goals. “I told myself, this just might be my career.”

Zhang became one of the very first Special Olympics coaches in not only Beijing, but in all of China. He introduced the Special Olympics to many families—an international program of training and competition. Organized specifically for people with intellectual disabilities, to improve physical health and explore potential. PE, a typical elective course in an elementary school, became an opportunity that could change these children’s lives.

In the 1980s, the first group of students transferred from public school into Chong Wen Special Education Institue. Their IQs were between 55 and 75. With the new reform and open policy, more children with developmental disabilities enrolled.

In recognizing that these children required non traditional attention, Zhang constructed different approaches in order to get more consistent results from his students. In doing so, he was recognized for his work by the Special Olympics founder, Eunice Kennedy. And during their visit to China, Sargent Shriver commented, “Even though the Chong Wen Institute has limited space and staff, the results are still good!”

When new sports are introduced to the International Special Olympics, they are also introduced at Chong Wen Institute. Zhang went beyond traditional track and field, basketball and soccer. He pioneered practice for many other sports including ping pong, roller skating, badminton, tennis, lawn bowling and biking. Zhang even used his connections to implement unconventional sports such as golf and horseback riding.

He made tracks for a student in a wheelchair who really wanted to bowl. He bridged the wheelchair and the gutters with two steel pipes allowing the child to push the ball and bowl with the others. He believes everyone should have the opportunity to enjoy sports.

Zhang understands that funding and staff for special education is limited. For those questioning any of his PE practices, he argues that not much is needed to implement a particular sport, besides creativity.

In 2001, Zhang won the Chinese Special Education Senior Teacher Award and in 2005, he won the International Special Education Senior Teacher Award in the East Asia. He also became a committee member of China Association of Persons with Intellectual Disability and their Relatives (CAPlDR) and took on another job as a career trainer at school. He managed to invite the best instructors to teach students how to cook, massage, how to create clay sculptures and much more. Some students received culinary certificates, a few of the students’ face clay sculptures were given away as gifts to colleagues in China and abroad.

Zhang is known for having fun at work. He often carries candy around and treats everyone. “You have the responsibility 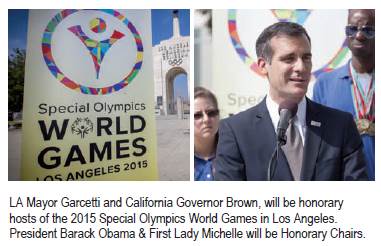