She likes Du Fu’s heartfelt openness of “singing in the daytime, indulging in wine, youth as a companion and returning home”, and admiring Su Shi’s open-mindedness of “the boat passes away from now on, the river and the sea send the rest of my life”. In Wu You’s view, poetry and literature are both a teacher and a friend, and the poets she admired gave her the courage to face difficulties.

As the first blind contestant to board the “Chinese Poetry Conference”, Wu You was known to the audience, and the audience was impressed by his talent and perseverance. Without the aura brought by the show, Wu You is just an ordinary senior high school graduate of Chengdu Special Education School. He has been pre-admitted to Binzhou Medical College in 2021, and is about to usher in his university life.

“Ye Lan, Wind and Calm, Flat Patterns”
In July 2001, Wu You was born in Xuanhan County, Dazhou City, Sichuan Province. When she was more than two months old, she still hadn’t reacted to the things in front of her, and her eyes didn’t seem clear enough. Her family took her to the hospital for an examination. The result was that the optic nerve was congenital dysplasia. The word “blindness” was like A thunderbolt broke the joy of welcoming the newborn in this little family.

When I was a child, because I couldn’t see it, the children around me didn’t take Wu You to play with. Wu You’s father was afraid that she would be bored, so he bought a lot of discs for her to listen to. Poems, English, and nursery rhymes were all available at the time. Wu You, who is ignorant, especially likes poetry and always asks her father to play the same disc for her. “I just thought that poetry is 5 or 7 words, and it sounds very rhythmic.”

In order to allow her daughter to adapt to special education as soon as possible, from the age of 3, Wu You’s parents took her to the Chengdu Special Education School, where she was fully boarded, and she also regarded this as her second home. Wu You, who has gradually adapted to the school environment, has won the love of teachers and classmates with his optimistic personality. At the age of 4, Wu You, who had just been promoted to preschool, was selected as a representative to give a speech under the national flag at the flag raising ceremony. This experience is still often mentioned by Wu You’s Chinese teacher Xie Xiaoli: “She is only 4 years old but has no stage fright. , I thought at the time that this girl is too good.”

Under the guidance of the teacher, Wu You’s enthusiasm for poetry became uncontrollable. What impressed her was that when she read Su Shi’s “Linjiang Immortal: Yegui Lingao”, there was a sentence “Ye Lan Feng Jing Wen Ping”, Wu You was suppressed at that time, “Just 7 words , He wrote Quiet to the extreme, especially beautiful. And it was written that Su Shi was drunk in the middle of the night. After returning, the boy fell asleep. He didn’t hear the knock on the door, so he simply stayed by the river when he couldn’t get in. For a while, listen to the sound of running water. This touched me a lot. It turns out that people can treat the unsatisfactory things in life in this way.” She likes Du Fu. The heart and soul of the “hometown”, I also appreciate Su Shi’s broad-mindedness of “the boat has passed away, the river and the sea will send the rest of my life”. In Wu You’s view, poetry and literature are both teachers and friends as a delightful way, and those poets she admired also gave her the courage to face difficulties.

“Qiao does not fight for spring, but only reports spring”
Wu You’s idea of ??participating in CCTV’s “Chinese Poetry Conference” originated from her Chinese teacher Xie Xiaoli, who was a contestant in the fifth season of the show. After knowing that Wu You also wanted to participate, Xie Xiaoli helped her sign up to the program team. With years of accumulation of poetry, Wu You successfully passed the interview and became a contestant in the sixth season. Under the coordination of Xie Xiaoli’s application, the organizer of the “Chinese Poetry Conference” specially produced a blind answer card for Wu You, so that she could interact with The able-bodied players participate in the competition together.

Participating in the festival, Xie Xiaoli took Wu You to the mall to choose the clothes to wear on stage. The two people who usually love their best friends would also go shopping and drink milk tea together, knowing that Wu You likes Chinese culture, can play Ruan, and can sing Peking Opera. After the exam, Xie Xiaoli bought a set of Hanfu skirt as a gift to Wu You. “She is like this, warm and modest, moisturizing things silently. Exchange true heart for true heart, call poetic heart with poetic heart. She is like jasmine, quietly blooming in the corner of the campus, petite but strong, tough and gentle.” In this article, Wu You described Xie Xiaoli like this, and said that the two are not like teachers and students, but more like friends.

Xie Xiaoli, who graduated from Mianyang Normal University, became curious about special education when she was in high school because of a TV show involving deaf-mute children. In 2004, when Chengdu Special Education School went to Mianyang Normal University for an open recruitment, Xie Xiaoli resolutely signed up. At that time, Xie Xiaoli had never been in contact with blind children. She had to tell the children “color” in the first class, which was a big challenge for Xie Xiaoli. She closed her eyes and imagined the feeling of each color—blue is the color of the sea, which is broad and cold; red is the color of the sun, which is warm and warm. “I think it’s really not as difficult as what others have seen to be involved in the education of visually impaired students. This is a very ordinary job. The beauty of language is not only the beauty of vision, it has the beauty of touch and hearing, but also the artistic conception. The synthesis of multiple sensory combinations.”

In her spare time, Xie Xiaoli often organizes her classmates to read poems together. Her teaching is never limited to textbook knowledge, but combines the artistic conception of the entire poem with the poet’s dynasty and culture at that time to add more knowledge of Chinese culture. Confucius has already put forward the concept of’poetry education’. It is more meaningful to learn the wisdom of the ancients with them than to memorize them by rote.” Wu You is like Teacher Xie’s little assistant, acting as a bridge between blind students and teachers.

Add a note on the side
“It’s good to put a little red furnace snow, scattered as a night light in the world.” Wu You said frankly that the selfless dedication of the teachers is inseparable on the road of his own growth. “Pretty doesn’t fight for the spring, only the spring is reported. When the mountain flowers are blooming, she laughs in the cluster.” On the scene of the “Chinese Poetry Conference”, she expressed her gratitude to her teacher with a song “Bu Shouzi · Yongmei” . And she has long concealed the idea of ??”returning to her alma mater” in her heart.

“Wu” Heart From “Secluded” Bright Moon
April is the busiest “college entrance examination month” for students in special education schools. According to the regulations of the Ministry of Education, candidates with disabilities who take the college entrance examination shall adopt the method of enrolling students with separate examinations and separate admissions by the admissions colleges. From April 1st to 15th, in half a month, Wu You moved to Changchun, Beijing, and Yantai to take the exams of 3 universities. Wu You listens to ancient poems on the mobile app every day. Whenever she encounters unclear content, she collects up and asks the teacher. Reading ancient essays has helped her improve her Chinese performance. Her Chinese scores reached 130 in 3 single-examinations. (A full score of 150 points) and above, the total scores all met the school’s admission standards, and finally she chose Binzhou Medical College. “Because Binzhou Medical’s acupuncture and massage professional strength is strong, it can meet my dream of practicing medicine and helping the world, and it also supports students in minors. Psychology and special education, I want to study hard in the university, and then cross-professional postgraduate entrance examination.”

Blind candidates and ordinary college entrance examination candidates use the same set of textbooks and exam syllabus. Most of the higher education majors for blind students focus on the two major aspects of art and medicine. Similar to Wu You, blind students who did not choose an art major from an early age will basically choose acupuncture and massage majors, and apply for such majors. Science subjects such as physics and chemistry are Required. However, braille teaching aids are difficult to translate and costly to produce. It is difficult to buy in the market. Many exercises have to be read to them by teachers who buy exercise sets, which also increases the difficulty of their practice and brushing.

For the college entrance examination, Wu You made Braille exercises and collections of wrong questions for each subject, and piled them up thickly. As a high school sister, Wu You’s notes were circulated by the juniors and sisters of the second year of high school. After the exam, Wu You did not immediately leave school and go home to enjoy the vacation, but stayed at school to help the students with their homework. , To teach them experience, “The braille is Pinyin writing, which makes it difficult to distinguish the homophones in the appreciation of ancient poems. Su Shi has a poem that says’light rain passes, Xiaohe turns’, I always thought it was’Xiaohefan’ , Which means that the water has risen after the rain, and the water has risen and made waves. Later, I realized that it was the “lotus” of the lotus after communicating with the teacher. I often talk to the younger students about these points that are easy to confuse in the process of touching and reading.”

In Wu You’s heart, the school has already become a home, and teachers and classmates are like family to her. In the face of challenges and difficulties, she is never timid, and always rises to difficulties. I don’t hesitate to show my excellence because I hope that through my own experience and achievements, more students will be encouraged to bravely step onto the stage, tell their own stories, and show off their wonderful life. “I haven’t done anything amazing. In addition to love poetry, I am an ordinary girl. The lack of clarity has brought me some inconveniences, but this is just a small difficulty in life. After learning that the ancients can still empathize with the mountains and rivers and live free and easy life under such difficult conditions, I There is no reason not to work hard.” In the face of the slowly unfolding future, this talented and strong-hearted girl is bound to trace a colorful picture of life, and her beautiful youth has just begun. 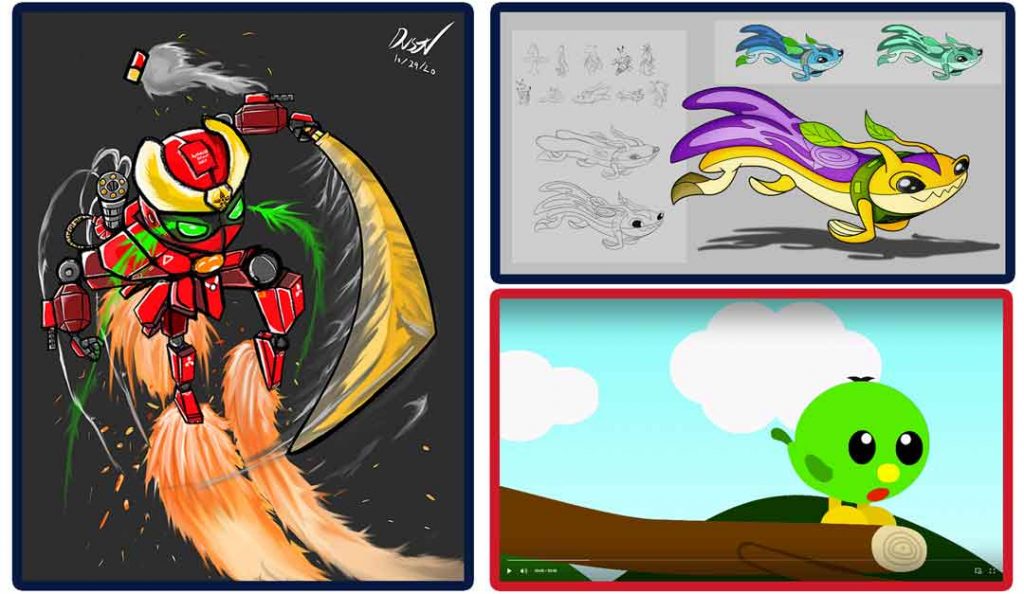 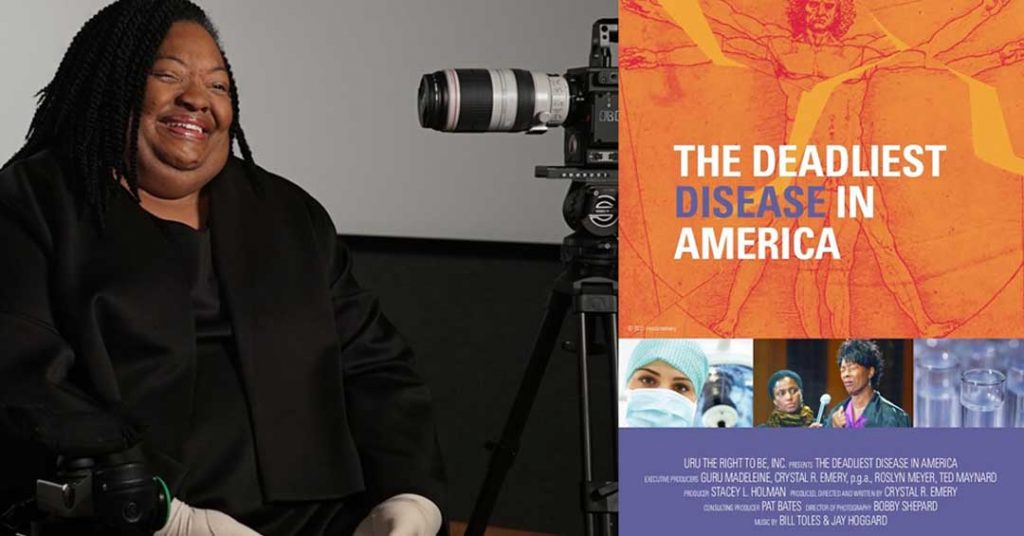 The Deadliest Disease in America 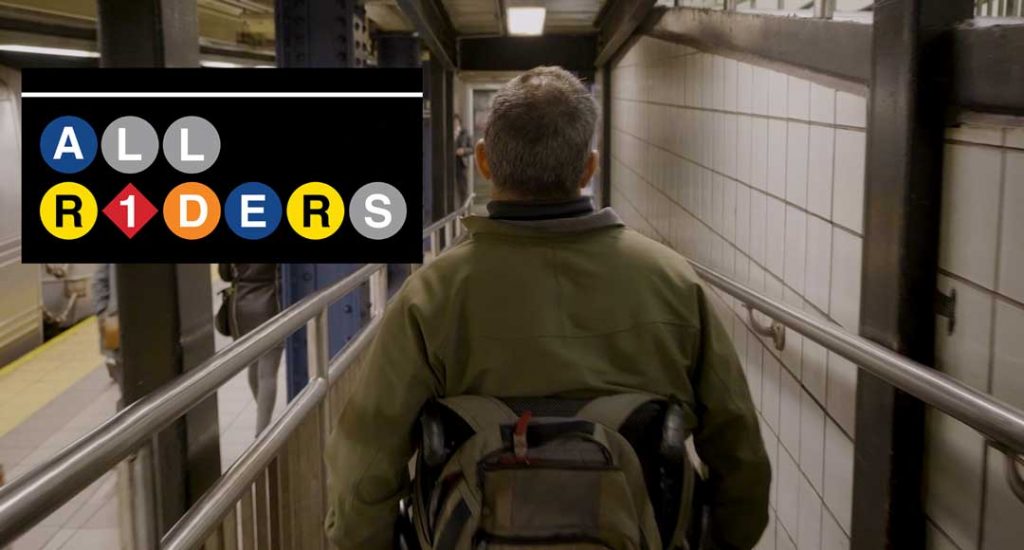