Lydia X. Z. Brown writes about disability, race, and queerness. They are an organizer, advocate, educator, attorney, strategist, and writer whose work has largely focused on interpersonal and state violence targeting multiply-marginalized disabled people living at the intersections of race, class, gender, sexuality, nation, and language. Lydia co-edited All the Weight of Our Dreams: On Living Racialized Autism, the first-ever anthology entirely by negatively racialized autistic people. Their first published short fiction piece appeared in “Open In Emergency,” the Asian American Literary Review‘s special issue on Asian American Mental Health. In 2018, they were a Teaching Scholar at Grub Street’s Muse and the Marketplace literary conference, and in both 2017 and 2018, they were a reader on panels about disability literature at AWP. Their work appears in numerous scholarly and community publications, including Rewire, Monstering Magazine, and gal-dem. They are still working on several incomplete novel manuscripts.

Lydia is currently policy counsel for the privacy and data project at the Center for Democracy and Technology, adjunct lecturer in disability studies for Georgetown University’s English Department, and policy and advocacy associate at the Autistic Women and Nonbinary Network. They are also founder and director of the Fund for Community Reparations for Autistic People of Color’s Interdependence, Survival, and Empowerment. Previously, Lydia worked on disability rights and algorithmic fairness at Georgetown Law’s Institute for Tech Law and Policy, and served as Justice Catalyst Fellow for the Bazelon Center for Mental Health Law. They are also former chairperson of the Massachusetts Developmental Disabilities Council, and adjunct professor at Tufts University. 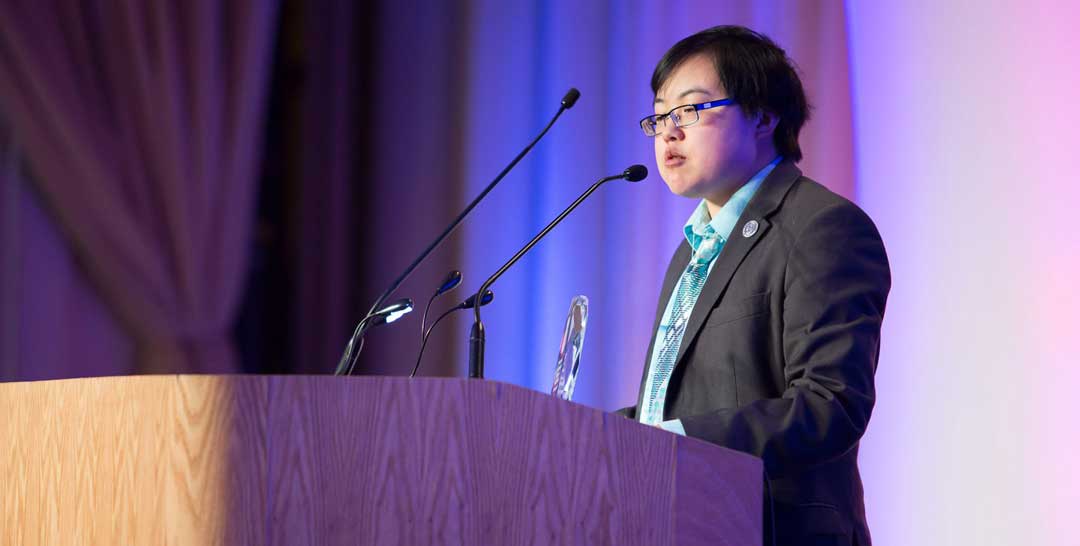 In 2015, Lydia was named to Pacific Standard’s 30 Top Thinkers Under 30 list, and to Mic’s list of 50 impactful leaders, cultural influencers, and breakthrough innovators. In 2018, NBC featured them as one of 26 Asian Pacific American breakthrough leaders for Asian Pacific American Heritage Month, and Amplifier featured them as part of the We The Future campaign for youth activism. Most recently, Lydia was named to Gold House Foundation’s A100 list of the most impactful Asians in America for 2020. They have received many awards for their work, including from the Obama White House, the Society for Disability Studies, the American Association of People with Disabilities, the Washington Peace Center, the Disability Policy Consortium, and the National Council on Independent Living.