Poetry in Motion — Performers with Disabilities 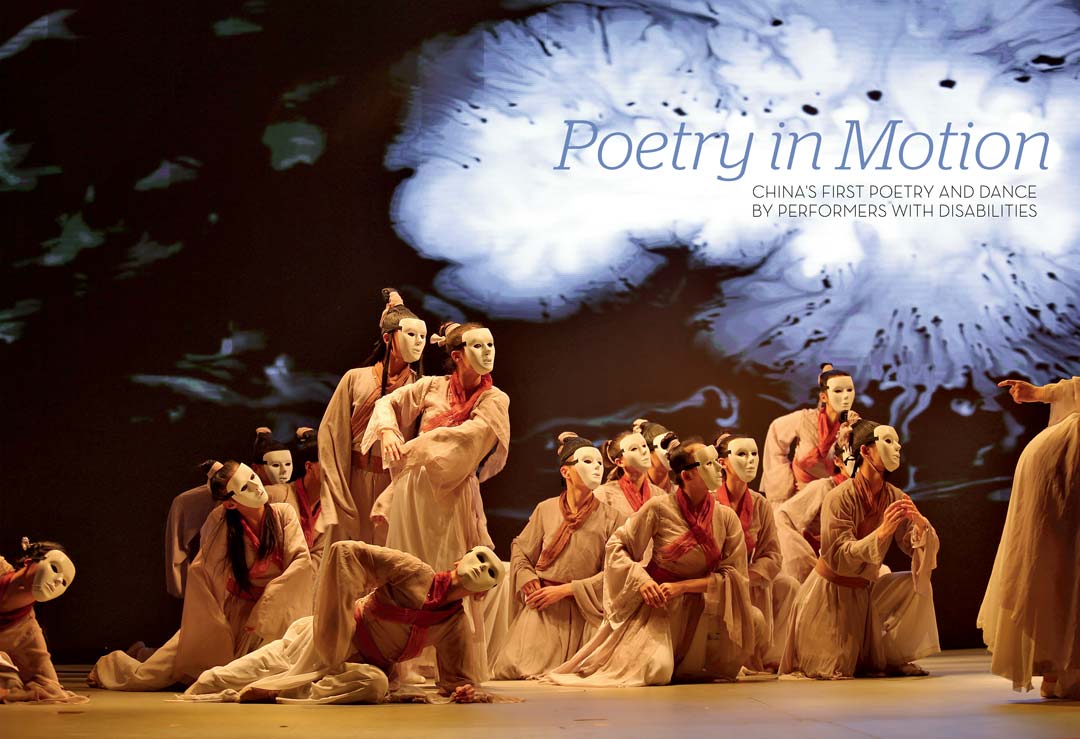 Whether these seeds continue to germinate with similar performances in the future, the experience pulled on the audience’s heartstrings, which is perhaps the greatest reward any poet could hope for.

The expression “Poetry and Poetry” originates from the Han Dynasty (206 BC- 220 AD). During this period, the essential characteristics of poetry were considered to be expressions of the thoughts and feelings of human beings and the spirit world. As the first special art performance by people with disabilities attempted to integrate music, dance, and poetry, it showcased an even more emotional side of poetry. The actresses who are deaf used their body movements to create a creative background and to showcase the cultural context of each poem. The performers who could not move used their language skills to convey the charms and subtleties of the poetic words. Together, they complimented and fit together well.

This drama, created by the China Disabled People’s Performing Art Troupe, featured three different Chapters of poems acted out in special artistic performances. From the first Chapter called “Why do People Write Poems,” to the second chapter, when it becomes clear why people today should learn about ancient literature. The last chapter focuses on the legacy of traditional culture and classical Chinese poetry. Since their first performance, the troupe has received invitations from numerous primary and secondary schools throughout Beijing. The students responded deeply to the charms of the poetry and gained a more in-depth understanding of their culture.

Why write poetry? The first act of the first chapter called “If the Poet had no Poetic Words,” is represented by masked people who lived in ignorance. Although they were confused and exhausted, and the masks were restricting and made everyone frightened, this constraint also made them more eager to express themselves. Perhaps there are no better actors who can express the desire for expression than those who are deaf. It is even more effective when they move collectively as one, on stage, thus making the dance appear more powerful and inspiring. ...
Login to read the full article. SIGN UP HERE FOR YOUR FREE MEMBERSHIP
If you are already a member, welcome back! LOGIN HERE