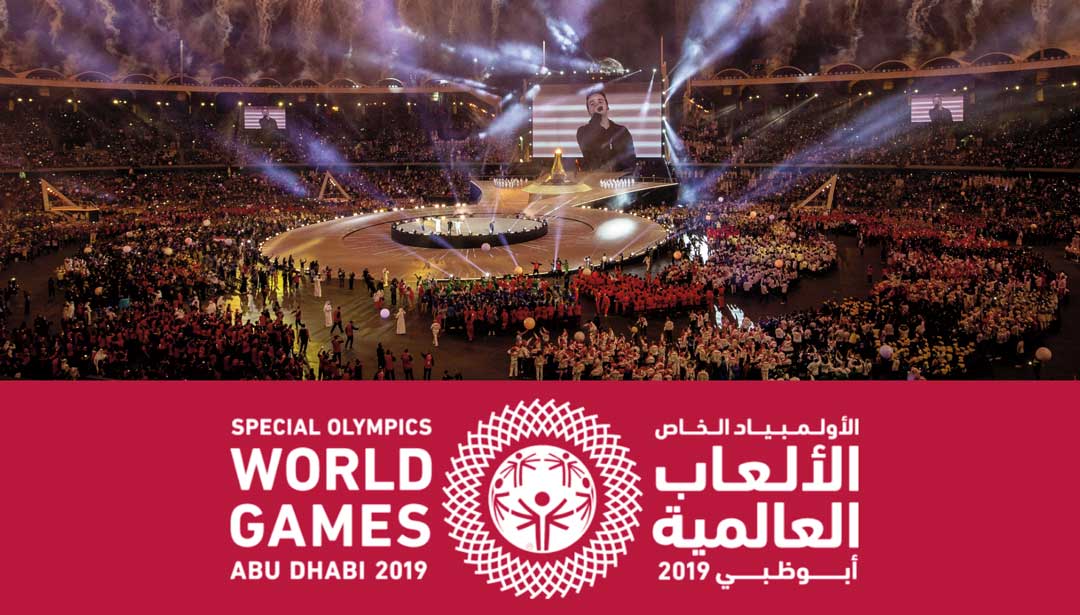 The Special Olympics World Games were first held in the summer of 1968. At the time, a 1000 athletes with physical and intellectual disabilities from the US and Canada converged on Soldier Field in Chicago. The brainchild of Eunice Kennedy Shriver, it was a brand new concept and a brilliant one. Since then, the Games have ballooned to include more than 7500 athletes from 190 countries. Held every two years, 2019 marked the largest in its history and took place for the first time in the Middle East/North Africa region, specifically Abu Dhabi, United Arab Emirates. As the Games continue to grow and evolve, so too are the innovative programs designed to improve the lives of participating athletes, not just during the Games, but in their everyday lives as well.

One such program, Strong Minds Discipline, which premiered last year, teaches athletes how to cope with stress and anxiety. It falls within the Healthy Athletes program, which was created to improve the overall health of participating athletes by screening them in the areas of vision, dentistry, podiatry, physical therapy, audiology, healthy lifestyles and general fitness.

Two years ago, Dr. Khaled Kadry stepped in as the regional advisor of Strong Minds. He is also a consulting psychiatrist and clinical director at Maudsley Health in Abu Dhabi. “We are a UK-based organization, and we came to Abu Dhabi four years ago. We were approached by the Department of Health to get involved with the preparation for the MENA Games. Last year we ran Strong Minds for the MENA Games, in collaboration with an Abu Dhabi-based yoga studio called BodyTree.”

Globally, the life expectancy of people with intellectual disparities and a healthy population is ten to 15 years. This unacceptable statistic was the driving force behind the creation of the Healthy Athletes program. “The idea is that if you are a healthy individual and you have a pain in your stomach, ear or tooth, you can communicate this clearly to people around you, and you can seek the support you need,” explains Kadry. “If you’re a person with intellectual disabilities, this tends to present itself physically, with possibly aggressive or destructive behavior, which then ends up with people medicating you to sedate you. You are far more likely to endure and suffer consequences of physical health problems if you’re a person who has an intellectual disability.”

Strong Minds Discipline is all about equipping athletes with pragmatic coping skills that they can use during competition as well as in their daily lives. At the Games, volunteer health professionals guide athletes through five stations. The first station—Stress and You—prompts a conversation with athletes about stress and makes the connection between psychological stress and how it’s experienced physically. Athletes are taught how to relax their muscles while breathing.

The next station—Strong Messages—demonstrates to athletes the power of visual imagery, music, and self-affirmations; the third is Strong Breathing, where athletes are taught specific breathing exercises , meditation, and mindfulness focused on the breath. From there, athletes are directed to the fourth station—Strong Stretching—where trained yoga instructors teach stretching exercises that promote relaxation.

At Strong Supporting, the fifth station, athletes are asked to consider who they turn to when they’re having a bad day; it may be a coach, a teammate, family or friend. The idea is to remind them that they’re not alone. But they’re also encouraged to consider who they might help on those bad days as well. “If you’re worried or preoccupied about something, offering support to someone else takes your mind off things and makes you feel good about helping someone else. It’s through doing supporting others that creates the feel-good factor,” says Kadry.

In the last station, Check-out, athletes are asked which station they enjoyed the most and which skills they might use in their day-to-day lives. “We make it a bit more practical by asking them to set a goal. Some say they might keep a stress board for when they feel anxious while another might commit to doing relaxation stretches every morning,” adds Kadry. Athletes are then instructed to write it all down on a piece of paper, which they take with them as a reminder.

After the Games, the Special Olympics collects all of the data gathered from the screenings into a database. This information is then communicated to each of the Special Olympic communities in various countries around the world. For example, they’re told how many out of their delegates need medical follow-up in specific areas, such as vision or dental.

Although the Special Olympics doesn’t yet screen for mental health, Kadry says it’s on the horizon, as there is talk of how to expand the mental health agenda. “They’re certainly thinking, ‘How do we take it to the next level of screening?’ It could be through raising awareness, screening, and intervention. There’s input from WHO, the UN and NGOs in terms of recognizing that people with intellectual disabilities in Congo, for example, might have a very different support system around them than someone in Russia or the States. How you enforce this globally is the challenge.”

An integral part of the Games have always been the cadre of volunteers.  Alrashdi, an urban planner for the UAE, said the government encouraged all its employees to step up and offer their skills as volunteers. Even though Alrashdi’s background is in planning, she’s keenly interested in general health and well-being. “In particular, I have an interest in the effect of the mind on the body, and I go to the BodyTree studio, which is how I learned about the Strong Minds setup and why I decided to sign up.” People with special needs are also close to her heart, as she has a family member with Down Syndrome. “Having the experience of working with people of determination is a key part of helping and getting people to understand how to interact and help them achieve their goals in this big event.”

People of determination in the EAU also volunteered—230 to be exact. “It’s great to see them on the other side, where they’re a part of the team that’s helping make this happen for people with certain special needs,” says Alrashdi, who adds that it’s even all the more special that it’s the Year of Tolerance. “I think an event like this, where it’s giving them a purpose and something to work on and participate in, will be the first of many that we’re going to see as government, or even private initiatives, where people of special needs are embedded and part of making things happen within the community or in society.” 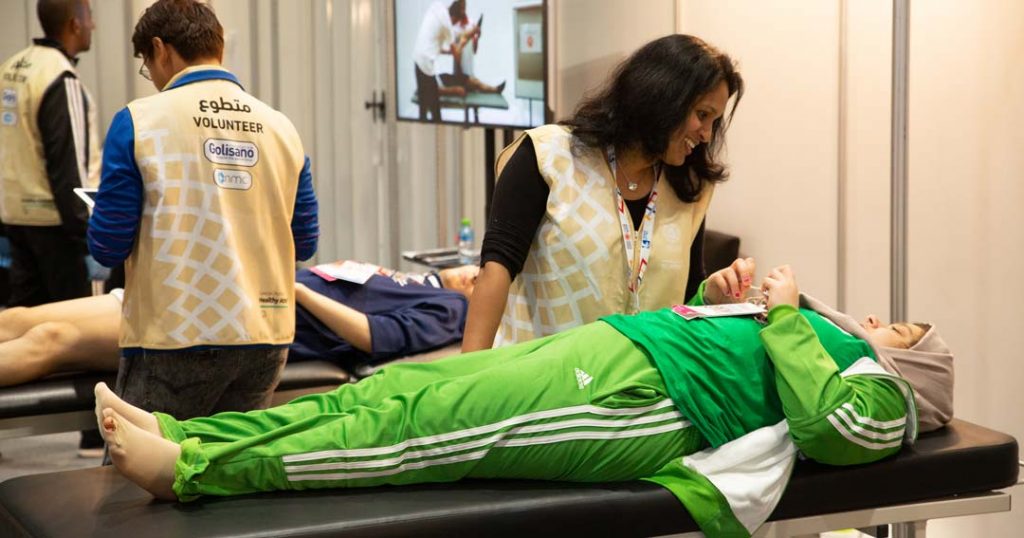 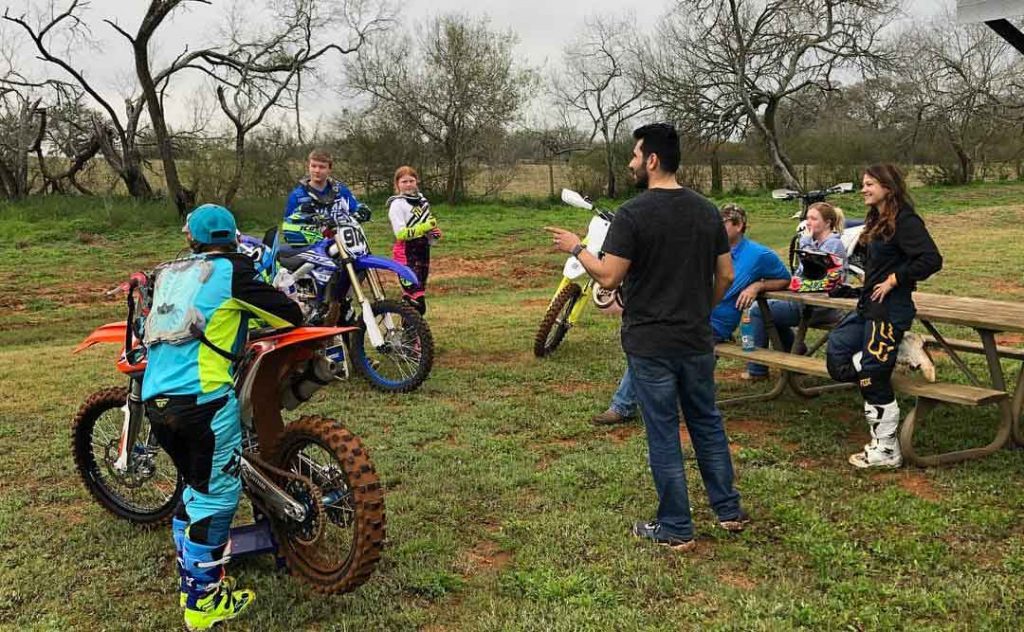 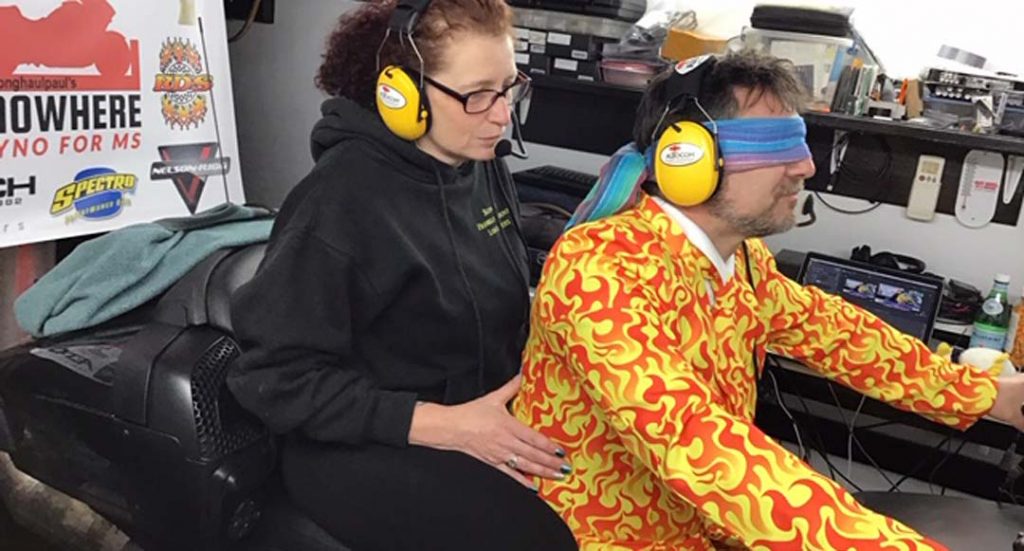 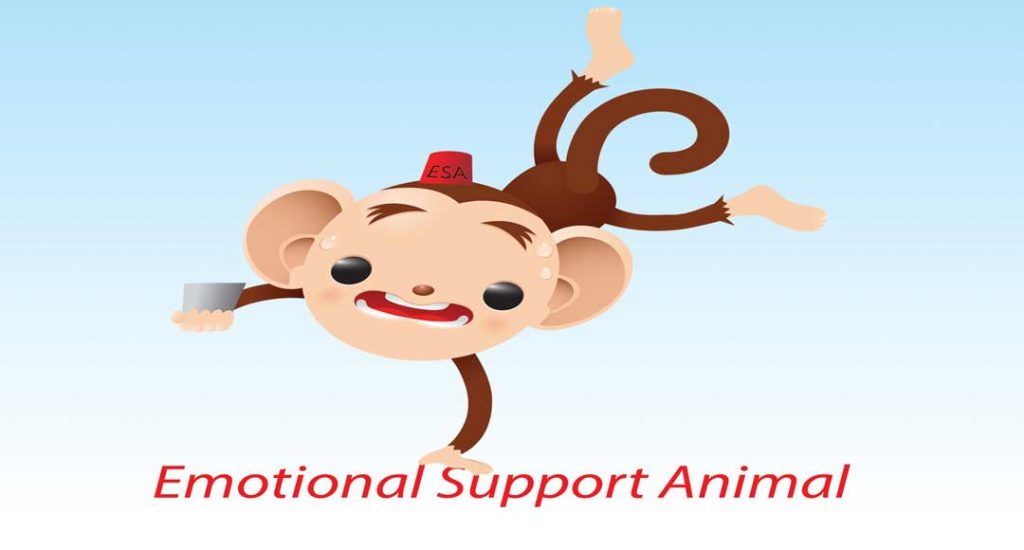 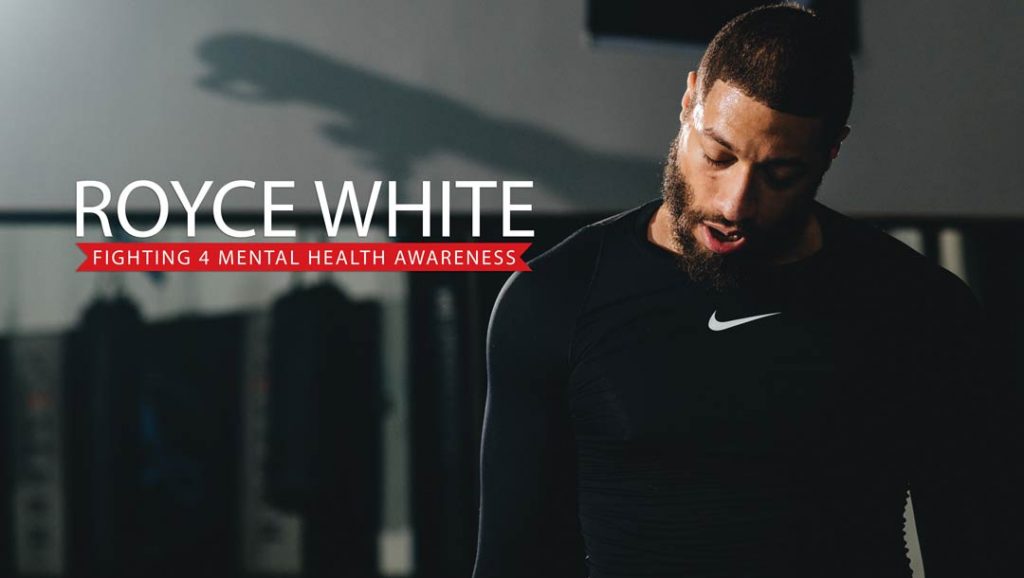