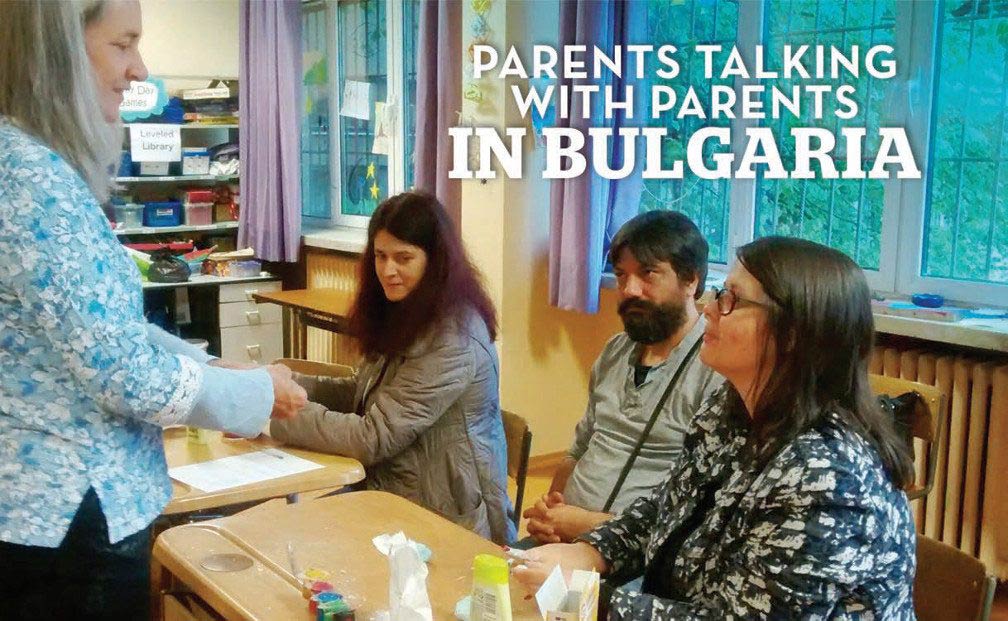 On a recent visit to Sofia, Bulgaria as an occupational therapist, I participated in several parent group meetings where parents with children with disabilities shared their ideas and needs in focus group settings. Several areas of need were identified and parents expressed needs that were especially important to them in parenting specially abled children.

Parents particularly expressed a need for more professionals and educators who could provide support and education to the parents outside of formal treatment sessions. Parents also expressed a need to have a more physically accessible society; sidewalks, roads, public transportation, and physical barriers at school still form obstacles to the inclusion of children at school and in the community.

Another concern, which I have heard universally expressed both in the United States and in Bulgaria, is the need for public understanding. Parents long for more compassion, patience and understanding when going into public with their children with disabilities. Specially abled children often have conditions that include behavioral differences such as in autism and cerebral palsy. The social burden of facing public opinion is often overwhelming for parents who long to be embraced in the community. This sentiment was reflected in parent focus groups in Bulgaria.

One challenge that parent groups face is sustainability, as the material and emotional requirements of parenting a child with special needs is often so great that adding a parent group commitment is difficult for many parents. In one focus group in Sofia, parents described their parent group experience as very positive and self-sustaining. When asked why they were able to maintain individual commitment to the group meetings, which occurred almost weekly, they expressed that there were two main motivating factors. One was the ability to use a secure, regular, and beautiful location; the large treed yard of a member family who lived near

the mountains in a house outside of the city. The second motivational factor was that every meeting they came to they included their children and engaged in fun and different play activities.

On March 21, 2015 a one-day conference on Down’s syndrome was held in Sofia. Parents were the planners and facilitators of the conference. Several specialists, including speech pathologists and an occupational therapist from the United States spoke. The following day a clinic was held and parents received personalized evaluations from the specialists including home program suggestions. 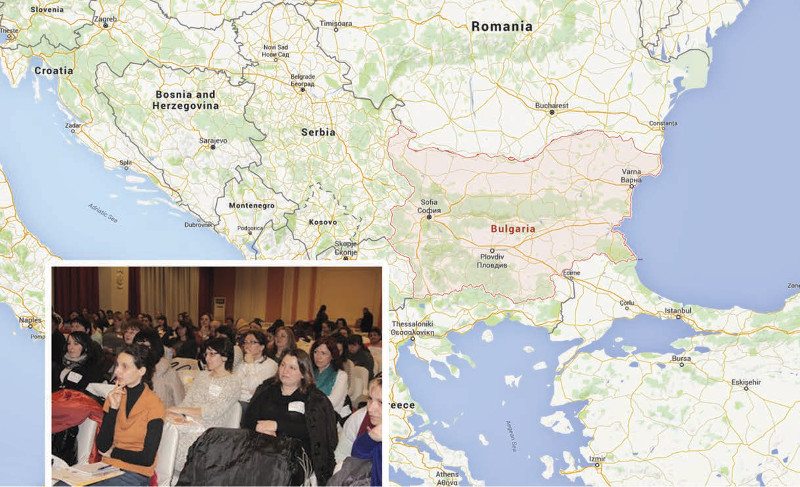 Home program suggestions are particularly important to parents in Bulgaria because there are a limited number of specialists in children’s therapy in the country and most of these are found in the few urban areas. Parents and children with disabilities residing in rural areas may have much less access to the benefits of specialists or organized parent group support.

Currently there exist several speech therapy and physiotherapy training programs, a strong special education resource teacher-training program at the University of Sofia, and one occupational therapy training program in the country at the University of Ruse, which is certified by the World Federation of Occupational Therapy. There are many daily centers in the country that are used to treat children with identified disabilities, but a universal early intervention system is still to be developed.

Social inclusion of children and families with disabilities is a critical issue in Bulgaria. Improvements in the social inclusion of children with disabilities in community and school settings have occurred at a quickening pace in Bulgaria over the past 5 years and are greatly improved from the communist period prior to 1989, when institutionalization was the most common form of care. But many obstacles remain.

Parents with children with disabilities in Bulgaria are growing stronger and making their needs known at many levels. The situation for these families is slowly improving and efforts to serve their needs are being made at the policy level, in the schools, and through the development of special professions such as occupational therapy. Perhaps the most important asset parents with children with disabilities in Bulgaria have is each other. Together parents are raising their voices and beginning to be heard throughout the country, and indeed throughout the world!