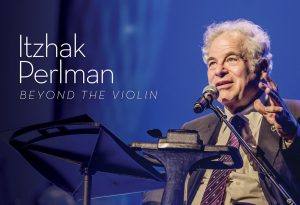 When I was growing up in Tel Aviv, my parents were poor, and to get enough food was a constant challenge. I remember care packages arriving from an aunt in Toronto: home-made chicken soup in a jar, a can of Del Monte fruit cocktail with that red cherry, and a check for a few dollars. We were recipients of charity. We were on the other side of giving. We were receiving.

Besides the constant struggle to survive there was always at in the corner of our tiny apartment a “push-kele” for the Jewish National Fund. My parents would put in a penny or two when they could spare it. Giving tzedakah was a way of life, whether you could afford it or not. It was tradition. It was what we do.

It’s funny. Even though my circumstances have changed since I was a poor kid in Tel Aviv, those two childhood lessons still inform my life. I remain focused on getting enough to eat and the act of giving tzedaka. It won’t surprise you that I have little trouble these days finding enough to eat. The moral obligation to give charity is one that I take seriously.

It is a lesson that we Jews learn early. It starts in nursery school and continues until the day we die. Sometimes even after that. Somehow I know that after 20 years in the ground, I’ll still be getting requests from the United Jewish Appeal. “Itzhak, answer the phone! We know you’re there!”

It reminds me of the story I always tell at all fundraisers of the Jewish couple who are going on vacation from New York to Hawaii. In the middle of the flight the pilot comes up and says, “Folks, I have some bad news and some good news. The bad news is that we lost two engines and we have to land earlier than we planned, and we’re going to be over the ocean. But the good news is that when I was flying during the Second World War, I knew an island that was unchartered and we can land there. Of course, the problem is whether anybody will find us.”

The charity we received from our Canadian cousins was not my only childhood experience with receiving tzedakah. When I was a student at The Julliard School in New York, a lady of means helped me out by providing taxi money to and from the school and funds for books and sheet music. It wasn’t a lot of money, but it made a difference.

She was not Jewish. She did not want anything in return. I suspect she had a soft spot for me because she had lost her daughter to polio. However, I’m sure that she influenced me. Her generosity did two things: it deepened my commitment to giving, and it also made me curious about the larger concept of charity and how it affects not just the recipient but also the giver. Her pure agenda taught me something about giving, and the Genesis Prize has given me an opportunity to make some of my dreams come true; to help others the way I was helped.

We have been hard at work trying to figure out how to make the most of this prize. You know, this prize is to give you the money and you have to give it right back, so it’s a good challenge. There are so many good causes, but one of the wonderful aspects of being given this prize is that I get to choose who, where and what I want to support.

You will not find my answers surprising. What is closest to my heart is not a secret. Classical music is my life and so are the problems of the disabled. Developing new talent is something my wife, Toby, and I have always supported through the Perlman Music Program. Our goal has always been to nurture a new generation of world-class musicians.

A portion of the award funds will be invested in developing superior training for talented musicians in Israel, to give them an opportunity to grow and bring their talents to the world stage as well. It’s continuing the growth of music and culture here in this country.

Another portion of the award will be invested in creating a better and fairer world for men, women and children with disabilities. To fully support those with disabilities and work with them to tear down barriers in their path, both attitudinal and physical.

In the coming weeks, you will hear details about some very exciting initiatives in both culture and music, and the establishment of a partnership with Matan in Israel and the Jewish Funders Network in the United States, which will lead to significant investment in supporting persons with disabilities.

I think of charity two ways. There is global charity – that’s the Bill Gates type, when one gives a giant amount to a large organization that helps thousands of people one does not know and will never meet. Don’t get me wrong, that’s important. Wherever the money goes to – cancer research, vaccinations for kids or mosquito netting to prevent malaria – lives are being saved.

Then there is the more personal type of tzedakah. That is what the woman from Detroit did. She gave knowing what it would mean to me. It didn’t save my life, but it changed my life. Which is better? Of course, both. Both types fulfill critical needs and both are worthy of our prayers.

Thank you, everyone, for this honor. The physical prize is wonderful, but what I will cherish even more is the opportunity you have given me to make a meaningful difference in the lives of others. I am humbled and honored to receive this award.