A little over 900 miles southwest of Beijing, China, in the shadow of the Taihang Mountain range, you will find a small openair courtyard. Inside its walls, a musical instrument, tea and tobacco lie on an old table, surrounded by eight blind artists. They are members of the Shanxi Zuoquan Blind Publicity Team, and just beyond them are a group of excited village folks who anticipate the troupe’s performance.

The old men light cigarettes, sucking on their addiction as tobacco smoke swirls over their heads. Some squat next to the courtyard wall to enjoy a lunch of noodles, talking with their mouths full, as the singers warm up. The latter are accompanied by musicians who play bright notes that drift off into the distant mountains. Liu Hongquan, the captain of the group bangs his drum, and the other instruments obediently follow suit, joyously playing to the beat. They sing familiar lyrics:

The Blind Publicity Team was established in 1938 to protest the Japanese during a military conflict between China and Japan. It was China’s AntiJapanese Democratic Government that allowed the singers to have their very own organization, but back then the troupe also had to fish for information to help out. Today, 75 years later, there are six generations of the Blind Propaganda Team.

Over the course of a year, they walk through 360 villages in Zuoquan County, and wherever they walk, they sing beautiful songs in exchange for a bowl of warm food and shelter from the rain. Zuoquan County has high mountains, deep valleys and mostly rocky roads. Few people with disabilities walk its paths. A single stick leads two people: One holds it, the other other puts a hand on his shoulder and that’s how they are strung together like pearls, carefully moving along. After encountering snow or rain, one slip and they could easily fall into a heap.

They walk for two weeks at a time, trekking through mountain village after village, day after day, year after year. In addition to giving them 200Yuan ($32) to 300Yuan ($48) per performance, the villagers also arrange room and board for the performers. At every home they enter, they are offered food, which they gratefully accept. After eating a homecooked meal, the artists radiate happiness and stand up straighter.

The first 10 years of the troupe’s existence, however, the performers had to beg to survive. When they walked up to a village, they ran the risk of vicious dogs pouncing on them. If the villagers were warm and wanted them to stay, then they would stay and perform. If they said they were busy, then the group would go on to the next village.

“Who says that red are the peach blossoms, white are the apricot blossoms? Living a whole life blindly, I have never seen this.”

The lyrics “red are the peach blossoms/white are the apricot blossoms” is from a Chinese folk song. In the artists group, there is wistfulness when they sing the words.

In a lonely and remote village, a flawed body is considered to be as unimportant as a fallen leaf. Nobody will remember their real names and will just call them “old blind.” But these “old blinds” are all survivors. Captain Wang Zhongyuan, 61, had been a carpenter. While he was digging up a tree root, a detonator went off and he lost his hands and sight.

At 60 years old, Zhang Linqing was originally a very wellknown “Little Revolution Path Breaker.” When he was 21 he was taking part in an agricultural studies competition, when a ditch rock blast injured his hands and eyes.

Liu Shuangming, 44, lost his sight because of optic atrophy. His wife quickly divorced him and took their daughter with her. In the group of 11, nine are alone and do not have a family; some don’t have any relatives at all.

Liu Hongquan’s mother is deaf. In the 1970s, when the Blind Publicity Team came to his community, Liu pulled her by the arm to go listen to the troupe perform; for him this is an important childhood memory. It also planted a dream within him to travel with the team. But his father was adamantly against the idea. His father thought nothing good would come of it.

Liu studied at a Braille school for 10 years. After graduation, he did massage at the provincial capital. The income was decent. A few times he took out his huqin and accompanied himself as he sang, which his boss strongly criticized. The artist wanted so much to go back to the mountains and sing and then, in 1995, not even a month after his father’s death, he joined the Blind Publicity Team and became its lead singer. To fulfill this dream, he even broke off his relationship with his girlfriend. A love of music joins the singers in this nomadic lifestyle. Everyone is an autodidact, but the music they create is very pleasant to the ear.

Authentic Shanxi legend flowering tunes, sung by generations of blind artists, coupled with meaningful lyrics provide the perfect medium for the human voice. The mountain people love listening to “The Bitter Bachelor,” whose lyrics go like this:

Plum blossom flowers on the first month
everyone loves the opening of the flower.
The bachelor has the heart to pick one.
Though he takes the bloom home
there is no one to give it to.

The lyrics are colorful, but the pain is piercing.

Having each other makes everything easier. Currently, the 11person team is divided into two groups that chain walk the rural villages. Every member earns around 1000Yuan ($160) per month. No matter what Li Yongbing is singing, he always has a sweet face. Wang Yuzhong not only has enough cigarette money, but can also send some funds home to his children. Liu Shuangming is the last one to join the team and is committed to staying on.

There is a saying: “The world outside of the mountains is said to be good, but blind peoples’ minds are better singing inside the mountains.”

Back when Liu Hongquan was in elementary school, his teacher would use dialects to recite poetry with such phrases as “snowcapped, boundless wild.” But the neighborhood children would use poetic phrases to loudly mock Liu Hongquan by reciting, “Blind Aiai; blind, blind eyes.” Aiai was his mother’s name.

Back in Beijing, Tian wrote, “Ah Bing is still alive.” He used the term “Bing” to describe the group of musicians hidden in the Taihang Mountains; when they landed in the capital, Beijing, they introduced “Original Storm” music, which received very high praise from China’s musicians. After that, Tian took the artists to perform all around Beijing.

After coming back to the mountains, this group was given special treatment and thunderous applause wherever they went. The artists really did sing until the sun started blooming: Over the course of 10 years, they have earned a retirement pension, moved from a dilapidated stage to a courtyard; obtained subsidized housing; performed widely; been given 20,000 Yuan (more than $3200) in funding by the China Disabled Art Troupe; and starred in movies.

While they have had much good fortune, they worry that the next generation may not take the torch and carry it on. The young singers and musicians who are blind come for a few days, but then they leave. They can earn a lot more money, more quickly giving massages in the city.

Despite being admired on the screen and being lyrical on paper, the artists still maintain their simple mountain folk ways. Performing under the bright lights of a music hall in Beijing recently, they wore new red suits. They were both excited and restrained. They couldn’t even feel carefree playing the huqin. Placed in the center of the stage, they were pulled this way and that to take photos with various leaders. Said one: “Exchanging greetings with leaders made me feel that my manners were all bottled up in Taihang Mountain.”

This story is part of a series of articles published as an exclusive editorial exchange between China Press for People with Disabilities/Spring Breeze and ABILITY Magazine. 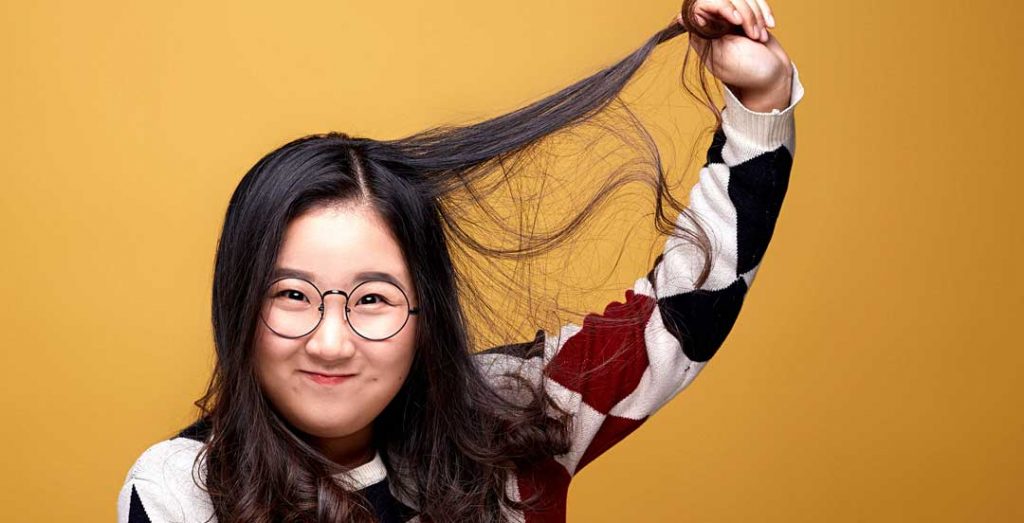