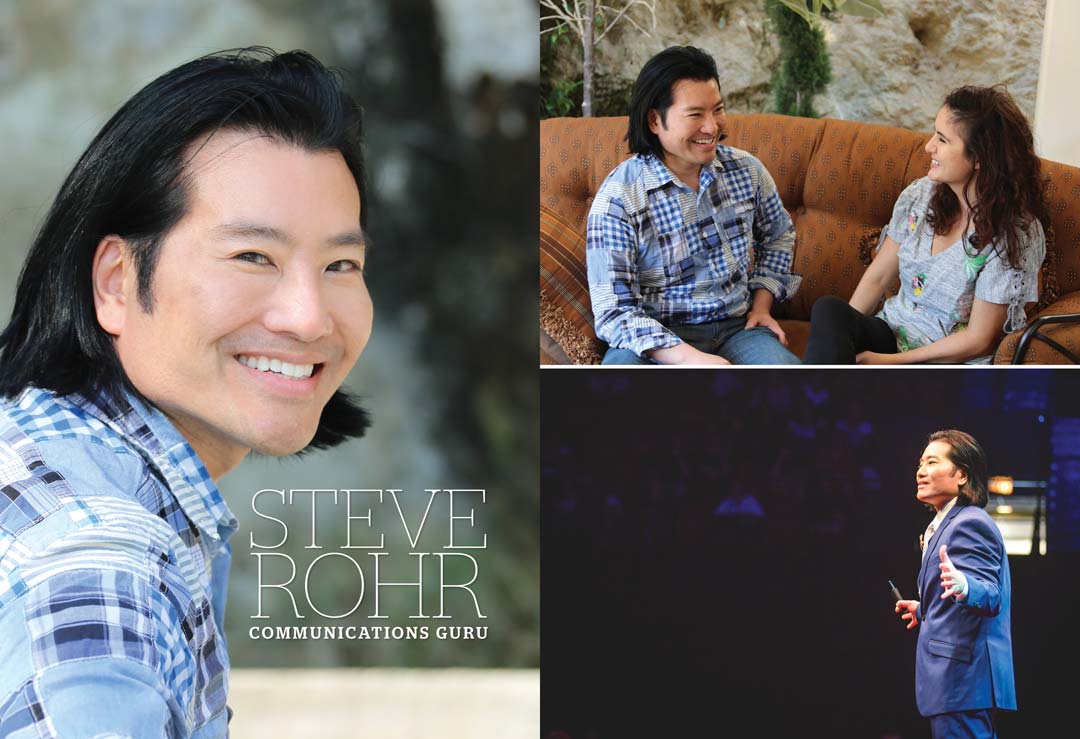 On a beautiful Wednesday afternoon ABILITY met with Steve Rohr. He showed up with a very welcomed ball of positive energy. Rohr mastered communications at school and continues to master it in life as he navigates through the world of diversity, a historically resisted topic.

“I looked at the world, and I never wanted to be cookie-cutter. I’ve always wanted a life that was different. I didn’t enjoy being a child, which is maybe a mean thing to say. It wasn’t because I had a terrible childhood or anything, I just wanted to do my own thing when I wanted to do it. I didn’t want a 9-to-5 job. I wanted some kind of creativity in my life. Tradition for me was never an option. I came to LA, and I didn’t know anybody. That’s not a good thing to do. It’s a very interesting town that has its own rhythm and culture. For somebody who didn’t understand where he wanted to be or what opportunities were available, it took me a couple of years to get my bearings. And then doors started to open.”

Once in Hollywood, Rohr began as an intern at a television station. He had skillfully talked his way into the position, and within weeks was a production assistant working for the network. At that point he thought he’d “made it”. He had his sights set on being in front of the camera, but felt it wasn’t yet meant to be. Growing up and not seeing many Asian males on television, especially on the news, Rohr knew he had to keep pushing.

“When you start out in television, you usually go to a very small market. You’ll go to a very rural area, and I don’t fit the demographic of a lot of rural areas. I fell into public relations (PR) by accident. Never had been a publicist in my life, and suddenly I had clients, and I was moving into an office. It just took off. I felt every day the agency was growing by 100 percent. I could feel it grow. I loved it. I was having a good time. I continued to represent actors, recording artists, films, and authors, for many years.”

As much as he enjoyed the experience, Rohr no longer represents individual artists. For five months he takes on a colossus of a seasonal gig as show publicist for the Academy Awards. “If somebody’s signing up for you to represent them, they don’t want to hear, ‘Oh, by the way, I’m taking five months off.’ It’s an unfair kind of thing.” He embraced the transition and was ready to move on.

Through a series of serendipitous events and meetings, Rohr’s career evolved. Now a radio host, published author, public speaking instructor, and television personality, he attests his successes to recognizing open and shut doors.

He admits the concept is simplistic, and it took him a while to accept. Intellectually he understood, but emotionally, when faced with a setback, it took a moment to realize that a door was shut.

Endowed with a curiosity for learning, Rohr moved from writing and promoting his book, to becoming more aware or speaking around diversity. And then from there, transitioning to issues around disability in Hollywood. Recently, Rohr beeped onto ABILITY’s radar by his connection to a Trailblazing Event, “a one-day conference with a mission to highlight disability innovation that in turn makes self-employment more attractive for all people.”

“I was always the ‘other’ growing up in predominantly white areas of the country. I never felt as comfortable in my skin as perhaps I would have liked. I never saw myself reflected in a way that seemed positive or interesting or compelling. Asian-American guys were always portrayed as the nerd, the geeky nerd, the math person. If you talk about diversity as a black-and-white issue, that’s what you have, and there’s no winning. You can never win that conversation. When I talk about diversity, I talk about inclusion, as many people as you possibly can, all shapes and stripes you can find out there at the table.”

Rohr is regularly questioned why he cares about people with disabilities, specifically since he doesn’t have a visible disability. He has thought about his response, “Shouldn’t we all care? Why wouldn’t you care about this? Why wouldn’t you think this is an issue that is mandatory, critical for our society?” Rohr feels, as many do, for individuals that make up 20% [those reported] of the population, it is extraordinary how underrepresented they are. He is adamant to not come off as a “rescuer,” and makes it a point to highlight that the best people to advocate are those who have experienced the push back.

Rohr is among a handful of public figures who include disability when talking about diversity. He had people in his life who educated him. And he was smart enough to listen to the “Eileen Grubba’s of the world.” He talks about wanting a world where we have better decisions, where he can know different kinds of people, which “just makes life richer”. As for diversity in Hollywood, Rohr shares,

“It’s absolutely critical that we have actors and people behind the scenes, too, who represent all the crafts. So it costs us an extra four minutes. So it takes a minute for us to understand it or process it. So it takes a little more patience. Big deal. The benefit is so enormous for the work. For me, acting is about illuminating the human experience. And yes, I do believe that able-bodied actors can play disabled roles, but I also believe that if someone who is experiencing that disability plays the role, it becomes something else, something that is so truthful and undeniable that it will hit deeper.”