Zach — Nothing But Net 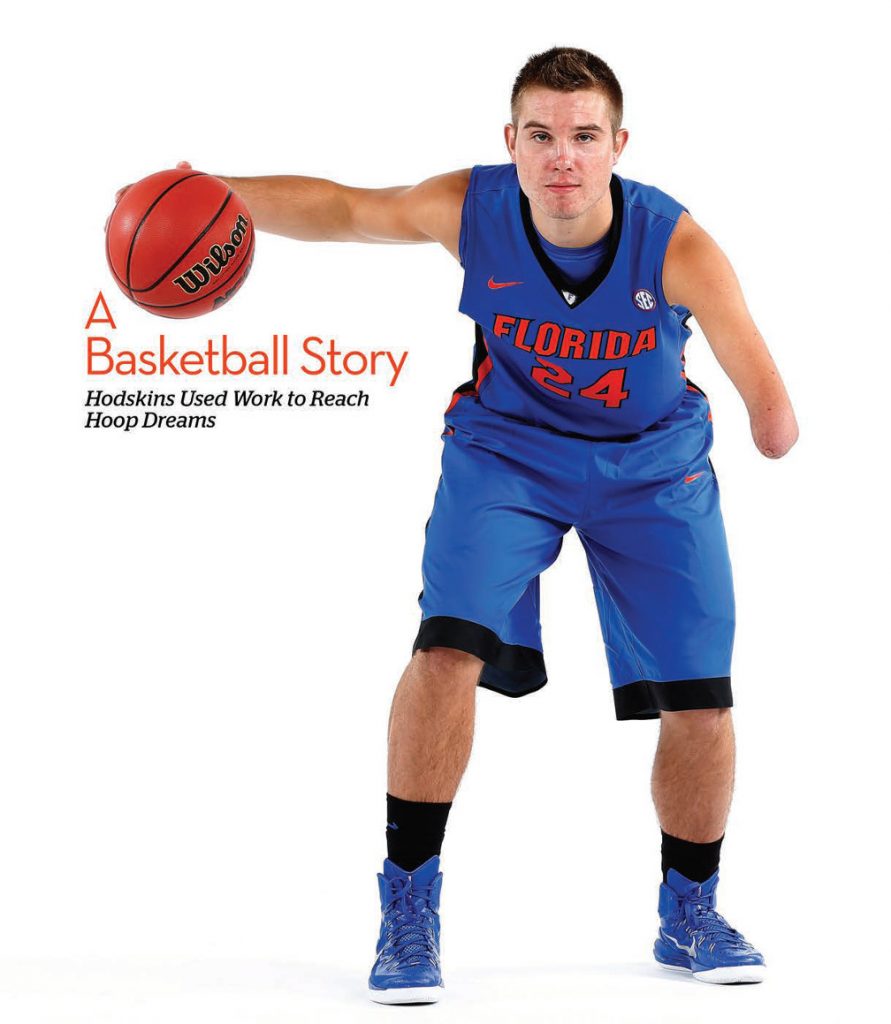 The bio on Zach Hodskins reads like this: Walk-on who enrolled at University of Florida for the Summer B term of 2014; Has a great 3-point stroke; Able to create looks off the dribble, particularly in the open floor. It’s a basic scouting report for a 6-foot-4, 203-pound walk-on guard in college basketball. Hodskins, however, rarely receives a basic response when he sets foot on the hardwood. Hodskins was born without the lower part of his left arm, yet his basketball skills carried him through high school as a smooth shooter on powerhouse Milton High School in Alpharetta, Georgia, and now to the University of Florida where he was invited as a walk-on with the basketball team.

The freshman made his college hoops debut on November 14 when the Gators hosted William & Mary in Gainesville. With Florida comfortably ahead late in the game, head coach Billy Donovan called Hodskins’s number to check in. When the public address announcer bellowed, “No. 24, Zach Hodskins!” into the microphone, the stale crowd that was watching a blowout erupted in cheers, whistles, claps and a standing ovation. Hodskins is used to getting high praise even before he’s taken a shot. His fans cheer for him. Opposing fans applaud his efforts. Sometimes even opponents on the court show appreciation or even give him a little extra space to dribble since he is, after all, playing basketball with just one hand.

It always gives Hodskins a sneaky smile because those people don’t know what’s coming next. “That’s been the story of my life,” Hodskins said. “People see me at first at the point where I’m called in the starting lineup or walking onto the floor and they don’t know me. Halfway through the game, they realize this isn’t some sob story. This kid’s actually really good and can play with the best of them.” 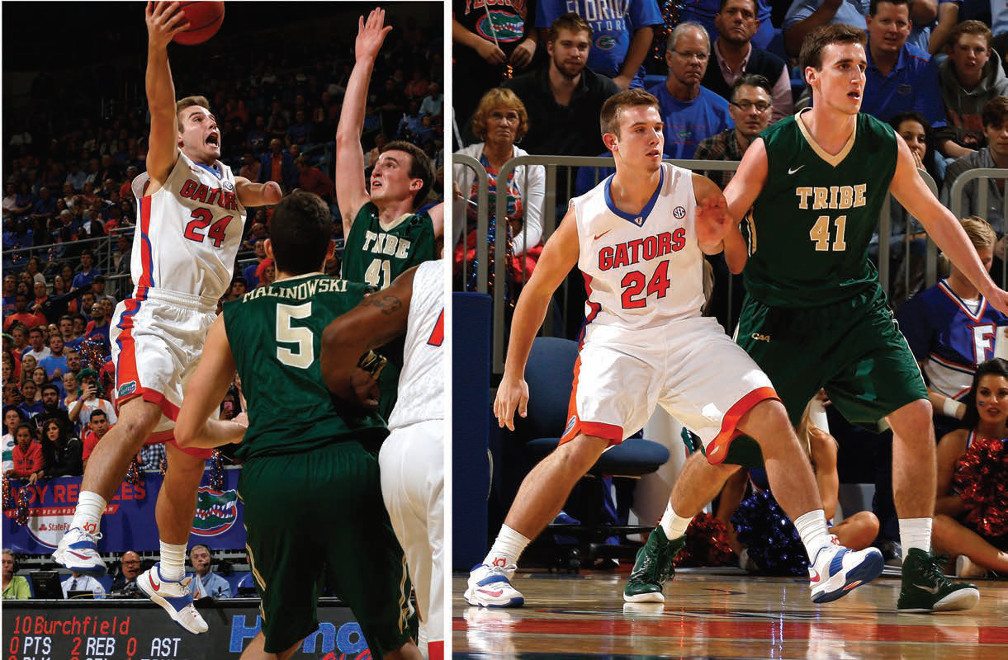 Hodskins’s basketball coach at Milton High School, Matt Kramer, believed Hodskins could play from the first time he saw the kid stroke a long-range jumper. Kramer took over the Milton team during the summer leading into Hodskins’s senior year of high school. Hodskins wasn’t worried about impressing another coach or masking his disability. He knew once Kramer saw him shoot, there would be nothing to discuss.

“If Zach couldn’t play, he wouldn’t play for me,” Kramer said. “But honest to God, when I took the job and was told about him and knew I already had several college prospects, I wondered how this kid was going to get out there and play with these kids. I’m telling you, you know it immediately when you see it. He is just like everybody else.”

Hodskins has spent a lifetime trying to prove that he’s not on basketball teams just out of pity or obligation. He’s also tried to shed a label that has followed him his entire career. Google “Zach Hodskins” and nearly each of the entries identifies him as “One-handed Zach Hodskins.”

“I’m not going to say I need to prove people wrong because I don’t feel like I have to prove anything,” Hodskins said. “I’ve worked so hard in my life that I’ve gotten to the point now where people, hopefully, view me as a basketball player instead of the kid who plays with one hand.”

Hodskins started playing basketball as a young kid growing up in Lexington, Kentucky, a basketball hotbed in the heart of the country. He loved the Kentucky Wildcats and also appreciated the Indiana Hoosiers, both college basketball programs with rich histories of success on the hardwood.

Hodskins worked on his game with his father, and both realized his strength may not be driving the basketball because he could only use his right hand. So, they spent hours each evening working on his jumper from long range. The family moved to Hilton Head, South Carolina, then Brentwood, Tennessee, just outside of Nashville, before settling in a suburb just outside of Atlanta. Hodskins played baseball, soccer, and even learned to ride the waves on a surfboard. But basketball was his love, and he worked with his dad to perfect his game.

“We focused on my shot form and getting stronger at that,” Hodskins said. “By my sophomore year of high school, I was shooting from beyond NBA 3-point range with ease.”

Hodskins worked with his coaches along the way to develop his shot, and he worked with his dad at night. Shot after shot, he continued to strengthen his abilities until long-range shooting made Hodskins a commodity on the court in high school.

“Any time a kid is capable of shooting the ball from 24 or 25 feet, he’s going to hurt you,” Kramer said. “It makes it tough for the opposing defense to lock in and give help to other places on the floor. It’s a real luxury to have a guy like that.” ...
Login to read the full article. SIGN UP HERE FOR YOUR FREE MEMBERSHIP
If you are already a member, welcome back! LOGIN HERE