John Williams — The Past, My Teacher 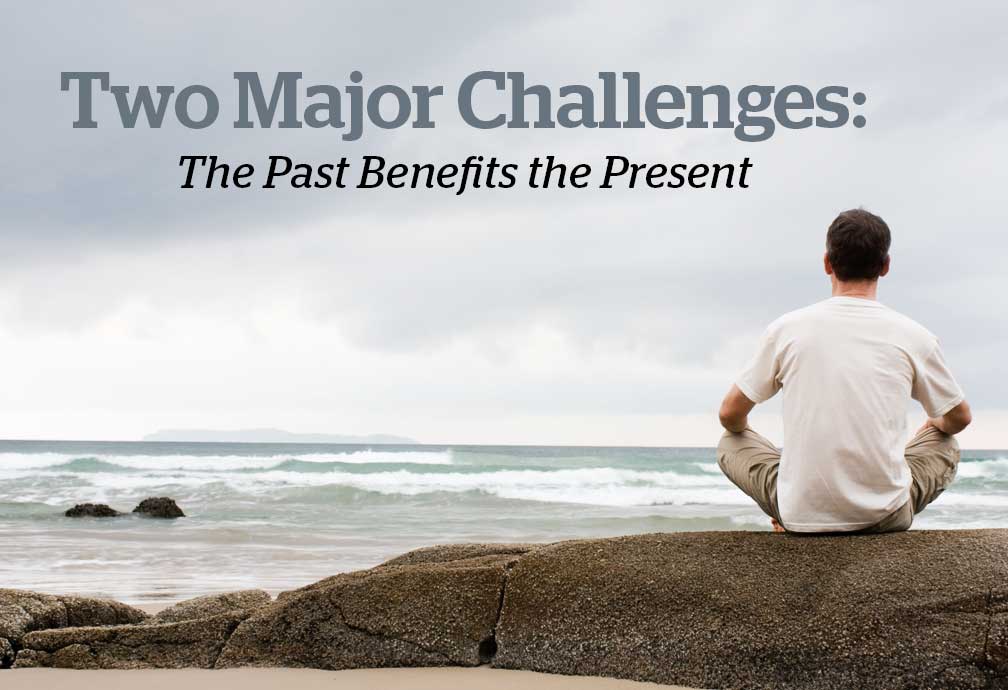 I have had many injuries throughout my 71 years. These mishaps have challenged me physically and mentally. They include being hit by a car three times, breaking my right leg three times in five months, breaking my left wrist and elbow, falling, being kicked in the eye, pulling leg muscles, wrenching my back, having shingles, stuttering and having Parkinson’s disease.

None of my injuries have challenged me the way stuttering and Parkinson’s disease have. Parkinson’s disease is a progressive disorder of the nervous system that impacts movement. It often starts with a tremor in one hand. Other symptoms are slow movement, stiffness and loss of balance. Parkinson’s patients have difficulty standing, walking and controlling involuntary body movements. They confront muscle rigidity, rhythmic muscle contractions and a slow shuffling gait. It is caused by abnormally low dopamine levels. Dopamine-generating cells, known as dopaminergic neurons (types of nerve cells) in the substantia nigra part of the brain have died.
Stuttering is a speech disorder in which sounds, syllables or words are repeated or last longer than normal. These problems cause a break in the flow of speech, called disfluency.

Throughout my years of battling Parkinson’s I have searched for solutions to deal with all the symptoms associated with it. The mental toughness required to combat multiple symptoms of Parkinson’s began in the summer 56 years ago while in Bloomsburg, PA where I challenged my nemesis—stuttering.

For decades, I was labeled a severe stutterer by speech therapists, psychiatrists, teachers, parents and peers. Non-stutterers don’t realize it requires a strong constitution to cope physically with stuttering day after day, week after week and month after month. I speak with authority when I say the more severe the stutter, the more one’s body gets worn down quickly. For decades, I have experienced that worn out feeling. It is a feeling I experience now due to Parkinson’s.

I started stuttering when I was eight years old. Initially, my parents did not have a fear of stuttering. They believed it would go away. It did not. It stuck to me like fly paper. As the years passed stuttering became my nemesis. Just as Parkinson’s is my nemesis.

I was in the fifth grade when I visited my first speech therapist. He was Frank Jordan. I don’t remember much about him. Reflecting back to my sessions I believe he was not a very good speech therapist. I saw him once a week for four months. Jordon was a proponent of the rhythm theory, and the techniques he was teaching me to control my stuttering were useless.

One night my father saw me practicing the techniques. When I finished, he asked me, “John! Are you learning anything that can help you get rid of your stuttering?”

Dad withdrew me from Jordan’s class.

It was six years before I took speech therapy again. I went to Catholic schools, and they did not provide any speech therapy, so I became accustomed to stuttering. By the end of my sophomore year of high school, my stuttering dominated me. I stuttered on most words.

I knew I wanted to be a writer since the sixth grade. To be successful I knew I needed to control my stuttering. The key to achieving my goal came from an unexpected source. It was the first day of my junior year at St. Mary’s High School. My French teacher Sister Hillary heard me stutter. She was so shocked that she never, I mean never, called on me the rest of the year and only twice the following year. She gave me the name and telephone number of speech therapist John Seamon. John and I clicked instantly. He set up a program to help me control my stuttering. Near the end of my junior year, he told me he had larger plans for me and my stuttering.

In April 1962, Seamon arranged for me to go to Bloomsburg State Teacher’s College, Bloomsburg, PA for the entire summer. The college had a dynamic 12-week speech therapy program for people with severe speech impediments. In June 1962, two days before the program started, I left Wilkes-Barre for Bloomsburg by bus, a 44 mile trip. I was by myself. I wanted it that way. I was nervous. Scared. Worried. Tired. Lonely. I did not have a lot of confidence in myself. Physically I was a mess. During my sophomore and junior years I worked at a grocery store 35 hours a week and went to school full time. After two years of working that crazy schedule, I was exhausted mentally and physically. I was determined to do whatever was needed to succeed.

The Pennsylvania Bureau of Vocational Rehabilitation funded the program. Fifteen other students attended. Half the students stuttered, the remaining students had other speech problems. It was a demanding program specifically designed to help students improve oral communications. The officials running the program did not expect miracles. The people spearheading the program reminded us daily that our commitment to the program was 24 hours a day, seven days a week, for 12 weeks.

The program consisted of individual and group therapy sessions, role-playing, oral reporting, public speaking, sports, socializing and writing. From Monday through Friday all 16 students met from 8 a.m.- 9 a.m. The students who stuttered then went into one room, and students with other speech challenges went into another room. Two hours later we met again for an hour. We lunched from noon to 12:45 p.m. We had physical activity from 12:45 p.m.- 2 p.m. Then it was back to school until 5 p.m. Between 2 p.m. and 3:30 p.m. students had individual therapy. Between 3:30 p.m. and 5 p.m. everyone met in one room for group therapy.

There was homework. We had a voluminous reading and writing program. All my readings dealt with stuttering. I read short stories, books, speeches, dissertations and other materials written by people who stuttered. The goal behind the readings was to expand our knowledge of our speech problem.

We kept a diary on what we learned about our speech challenges. At the end of the week, we turned the typed diary over to a therapist, and the following Monday the diaries were returned ungraded.

My goals consisted of reducing the severity of my blocks, eliminating secondary symptoms, overcoming my fear of speaking in front of others, eliminating my feared words phobia and avoiding starting my conversation then stopping and starting. It wasn’t easy to meet these goals. In 12 weeks, I worked harder than I did during three years of high school.

The Bloomsburg program required a discipline and a strong commitment I had never experienced. By the end of the summer, my teachers Dr. Maietta (who ran the program), Sam Schilling (Dr. Maietta and Schilling stuttered), Sandra Williams (no relation to me), Dick Meese, Carl West and Dr. Bellini praised my attitude and progress. Dr. Bellini was a psychiatrist, and he worked with me in a group and in one-on-one situations.

We were required to read six books on stuttering and report on them orally before students at the college majoring in special education. Initially, I balked at speaking to students I did not know. I tried to get out of the assignment, but I could not. When we finished our reports, we answered questions from the students. After each report the students and the people running the program evaluated me. Everyone told me I was improving with each report.

One of the most challenging courses of the program was the six weeks we had to go out in the evenings, four times a week, for 90 minutes and introduce ourselves to people on the street. We were divided into four groups of four, and an adult staff member of the program accompanied each group. We walked down different streets. We introduced ourselves to the people we stopped, explain why we stopped them and then asked them questions.

Even though we were high school students, we had the same privileges as the college students. We slept in the same dorms, ate in the same cafeteria, sat with them, played baseball and other outside games with them and partied with them. They knew why we were there and accepted us. Their acceptance made us feel good about ourselves.

The last day of the program was emotional for my classmates and me. We had been through a lot together. We were challenged and triumphed. I was a different person. I was in the best physical shape of my life. I was confident, cocky, proud of my achievements and ready to show everyone my accomplishments. When people heard me speak without stuttering, I received kudos from everyone.

My successes were I reduced the severity of my blocks, eliminated most secondary symptoms, overcame my fear of speaking in front of others, eliminated my feared words phobia and eliminated starting my conversation then stopping and restarting.

To prevent Parkinson’s disease from conquering me, I assembled an arsenal of weapons.

The Parkinson’s pain caused by muscles tightening is beyond description. When the pain runs through my entire body my jaw locks rendering me speechless. The pain can also be local. It may only be in my legs, or in my hands and arms. Some of the most painful times are having a burning, itching, aching pain behind my left knee cap for hours. When this situation happens, I wind up on my stomach or back for hours.

Parkinson’s snipes at me daily. ...
Login to read the full article. SIGN UP HERE FOR YOUR FREE MEMBERSHIP
If you are already a member, welcome back! LOGIN HERE